High Hopes: How a Rising Star Basketball Player’s Story is Bringing Light to the Darkness of Cancer

Each year, from September to November, thousands of illuminated lanterns light up the sky across the country as part of The Leukemia & Lymphoma Society’s Light The Night fundraising campaign – all to end cancer. For one rising star basketball player and Light The Night Honored Hero, Maurice Smith, taking steps to end cancer gave him, and so many others, high hopes for a brighter future. 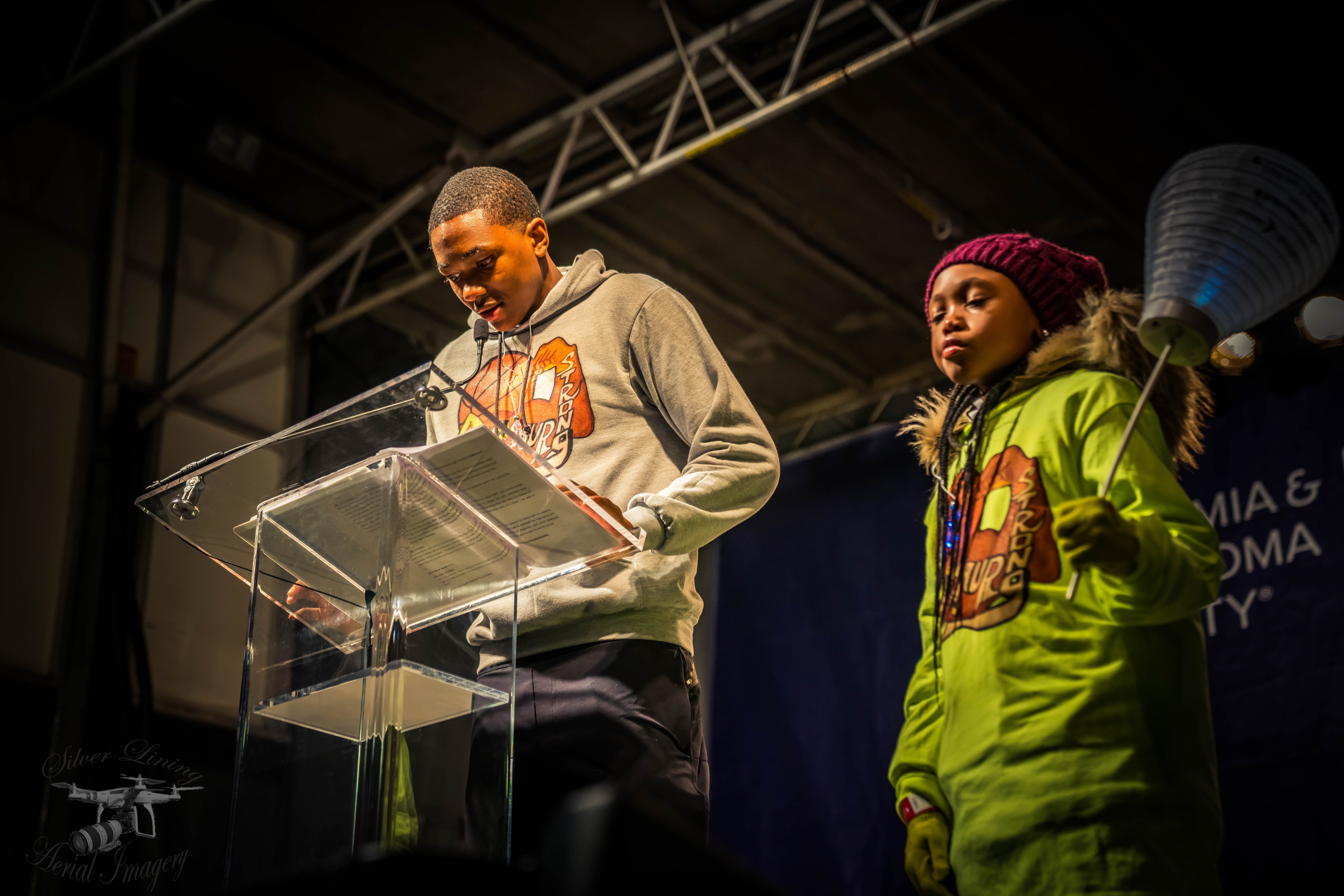 When you or someone you love hears the words, “you have cancer,” it’s one of the darkest moments in your life, but The Leukemia & Lymphoma Society’s (LLS) Light The Night fundraising campaign continues to light the path to cancer cures and give hope to cancer patients nationwide. Friends, family, and co-workers form fundraising walk teams in approximately 140 communities across North America and join together carrying illuminated lanterns to take steps to end cancer – white for survivors, red for supporters and gold in memory of loved ones lost to cancer.

Nineteen-year-old Maurice Smith of Baltimore, MD, knows firsthand how receiving a cancer diagnosis can spark an indescribable feeling of determination to not only beat the disease, but also to find a way to give back so that others experiencing the darkness of cancer can find hope.

In 2015, a star player on his school basketball team at Mount Saint Joseph High School in Baltimore, MD, Maurice knew something wasn’t right when he began feeling unusually tired and noticed a lump on his chest. After an emergency CAT scan in October 2015, he was diagnosed with diffuse large B cell lymphoma – a form of non-Hodgkin lymphoma. He underwent intense treatment right away, which came with countless hospital visits, unbearable side effects, and important time away from school and his team. But Maurice championed his teammates through his entire treatment course, even attending local games to cheer from the sidelines. 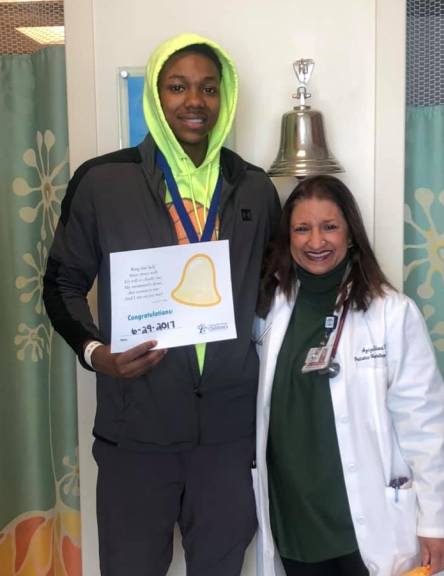 In March 2016, Maurice thought he had finally completed his last treatment, until the following September when his six-month PET scan revealed something in his chest. In January 2017, an MRI showed that the mass in his chest had grown even larger, and a biopsy confirmed that the cancer had returned.

“I had just gotten used to resuming life as a high school student, and was devastated to think that I would have to stop playing basketball again,” says Maurice. “My oncologists knew that basketball was my motivation throughout this whole cancer journey, so they allowed me to delay treatment for one month to finish the season with my team.”

In March 2017, Maurice resumed treatment. He used each setback as a way to come back even stronger. He completed his very last treatment in June 2017, and has been in remission ever since.

Later that year, Maurice was named a Light The Night Honored Hero for the LLS Maryland Chapter. He shared his inspirational story to a crowd of more than 7,000 people in attendance at his local Light The Night Walk, where he proudly carried his white lantern.

“I am so grateful that I have been able to beat this disease, and it’s an honor to participate in LLS’s Light The Night Walk to give hope to other patients and their families,” says Maurice. “I look forward to bringing light to the darkness of cancer through research and cures. We are all taking steps to end cancer.”

Today, 19-year-old Maurice and his family are still heavily involved with the Baltimore Light The Night Walk, and his mother, Tonja Alexander-Smith, is the Team Captain for “Team MaurStrong” which is one of the largest and most-spirited teams at the event. 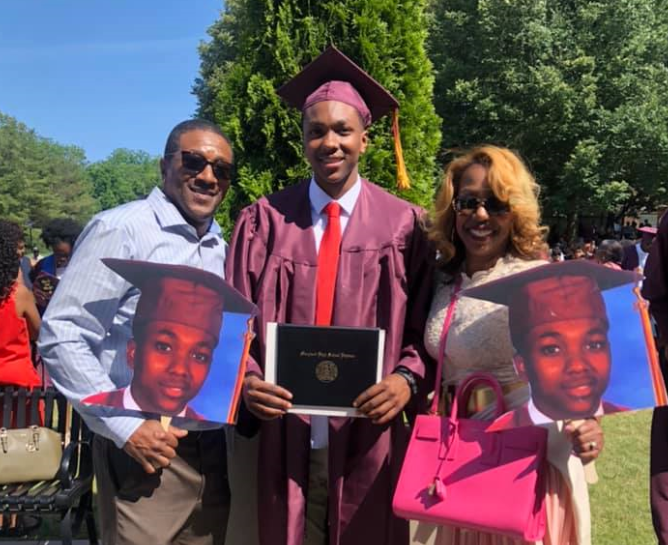 Maurice is now a freshman at Delaware State University (DSU). Due to an injury last spring, he is unable to play basketball this semester, but he is the DSU’s Men’s Basketball Team Manager! He enjoys training with the team and has high hopes that he will be playing on the court next year when his injury is fully healed.

LLS was founded by a family for families, beginning 70 years ago at a time when a diagnosis of leukemia was nearly 100% fatal. Now, with the development of new treatments for childhood leukemia, to today’s advances in precision medicine and immunotherapy, LLS has had a colossal impact on advancing cancer cures, and changing the way cancer is treated and the care for patients.

Through its efforts and fundraising campaigns like Light The Night, LLS has invested nearly $1.3 billion in cutting-edge research to advance therapies. Thanks to research, survival rates for patients with many blood cancers have doubled, tripled and even quadrupled since the early 1960s. Yet, despite these advances, about one-third of patients with blood cancer still do not survive even five years after their diagnosis.

To learn how you can form a Light The Night team or get involved with LLS, visit www.lightthenight.org. 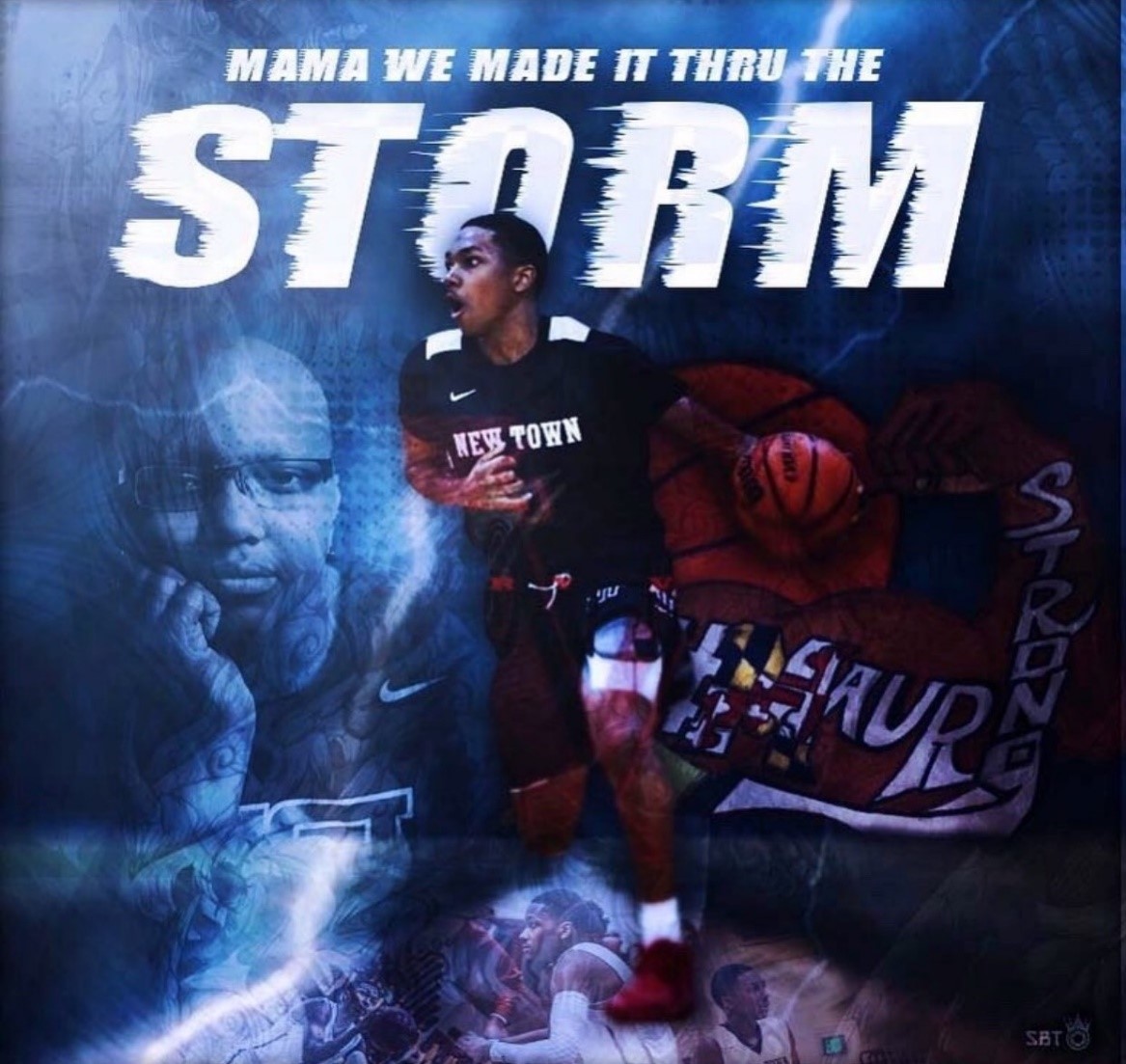 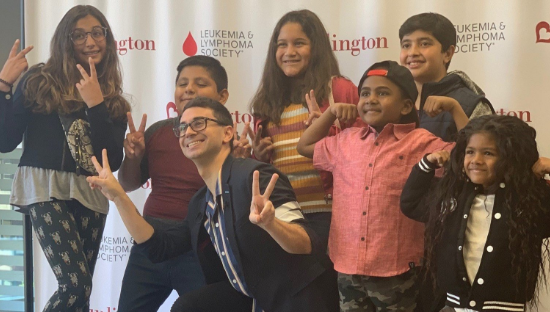 For the 18th consecutive year, The Leukemia & Lymphoma Society (LLS) has teamed up with Burlington Stores to raise critical funds for research and patient support to help to save lives and bring smiles to the faces of children and families impacted by blood cancer. From September 9 through December 2, 2019, Burlington Stores nationwide will encourage its customers to donate $1 or more at checkout to support LLS’s goal to create a world without blood cancer.

This year, CFDA designer Christian Siriano, joined the campaign to help young cancer survivors find great fashions that suit their personal style with looks from Burlington. On September 17, LLS & Burlington kicked off officially our PR campaign to support our number one National Corporate Partner and Honored Friend at Burlington’s flagship store in New York City, with CFDA designer Christian Siriano, who outfitted young cancer survivors with fashions that match their personal style while providing his professional tips for the season.

Similar events will take place in Burlington stores across the country for our second annual surprise and delight campaign called “A Style for Every Smile” – bringing smiles to even more deserving kids by surprising them with a Burlington gift card at an in-store shopping spree event. Knowing that thousands of school-age children are diagnosed with blood cancers each year, this important initiative provides young survivors the opportunity to shop and showcase their own personal style, giving them the confidence they need to return to school and friends.

“Burlington is our number one National Corporate Partner and Honored Friend of The Leukemia & Lymphoma Society, having raised more than $37 million for the cause. LLS is a global leader in the fight to end blood cancer, and partners like Burlington have helped us invest nearly $1.3 billion in breakthrough research to advance lifesaving treatments and cures,” said Louis J. DeGennaro, PhD, LLS president and chief executive officer. “LLS is doubling our investment in fighting pediatric cancers, and we are proud to partner with our friends at Burlington who bring smiles to so many children and families. Together, we are closer than ever to cures.”

We’re delighted to share that Dr. Lou was on NBC’s TODAY show speaking about LLS’s dedication to finding new ways to treat pediatric cancer through The LLS Children’s Initiative.

Young cancer survivor Austin Schuetz from Falls River, WI, and his family were featured in the piece.  At five years old, Austin had been dealing with leukemia for the majority of his young life. His parents enrolled him into a clinical trial; it was their only hope. The pioneering therapy administered was CAR T-cell immunotherapy.