Harnessing the Power of Women 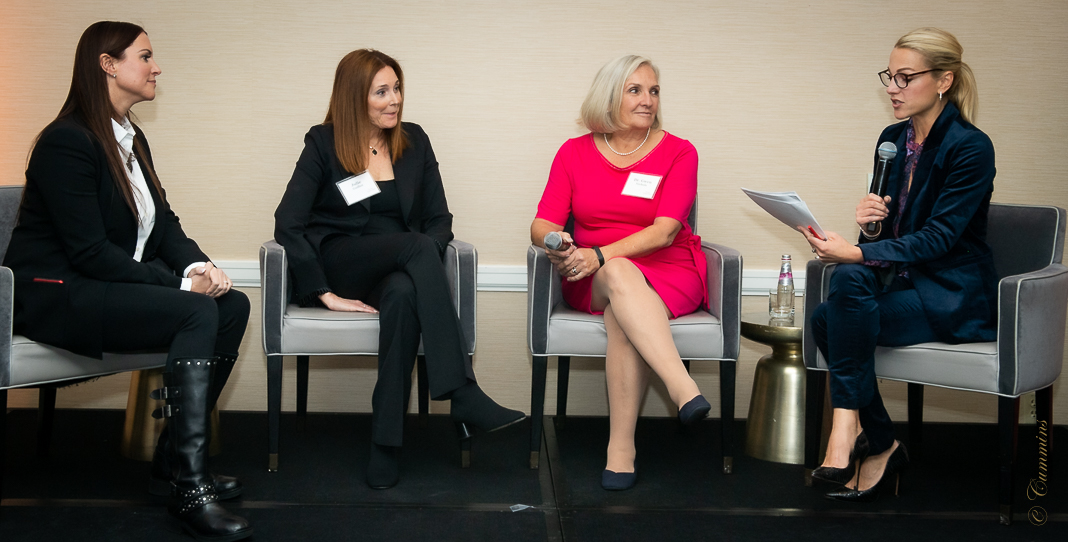 “Women have the power and when we join together, we can make all the difference.”

With those words, Stephanie McMahon, Chief Brand Officer at WWE, captured the theme of The Leukemia & Lymphoma Society’s (LLS) “Women Curing Cancer” initiative, which brings together philanthropic women to move collectively the needle in cancer cures and access to treatments.

On Wednesday, Stephanie joined LLS’s Chief Medical Officer Dr. Gwen Nichols, and LLS volunteer Julie Guillot, who lost her 9-year-old son to acute myeloid leukemia, in a powerful and personal panel discussion about their commitment to fighting pediatric cancer. They were joined by about 50 philanthropic women at the Four Seasons Hotel in Washington, D.C., to listen to the panel and network over a common goal to drive more research and help for patients with cancer.

In a discussion moderated by Fox Sports anchor Lindsay Czarniak, the women shared their personal stories and desire to change the paradigm of treatment and care for children with cancer. 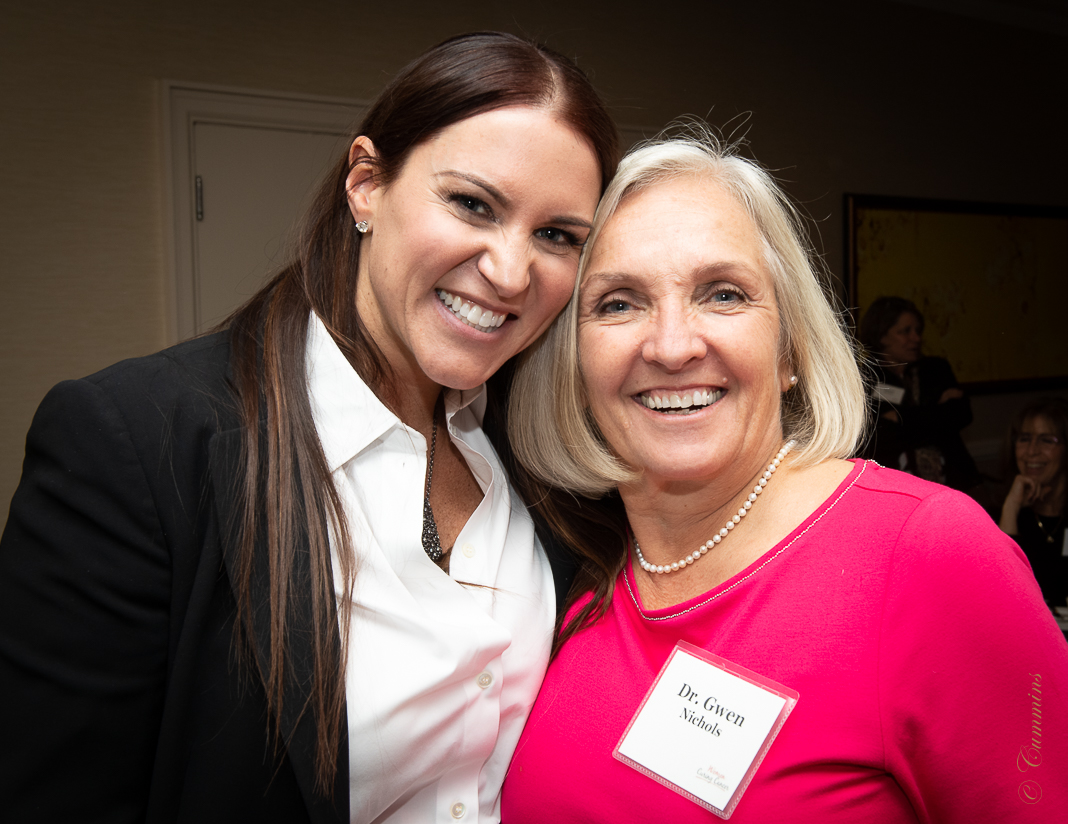 Stephanie spoke of the collaboration that WWE and their Superstar Roman Reigns have launched with LLS to generate awareness and support for research to find new and better treatments while enhancing support and care for children with cancer. WWE is leveraging its global platforms, including TV broadcasts, live events, WWE Network and digital and social media to support LLS’s Children’s Initiative.

She also spoke of her personal commitment to philanthropy and how her passion for helping children with cancer is aligned with the priorities of LLS, which is why the partnership is so important to her.

Dr. Nichols described The LLS Children’s Initiative, a multifaceted program to increase LLS’s investment in pediatric cancer research grants, expand education and support services for children and families, and launch a global master precision medicine clinical trial in pediatric acute leukemia. She emphasized the urgent need to do more for children and why it’s been such a challenge to develop new therapies for children. Only four cancer drugs have been approved for first use in children over several decades while scores have been approved for adults.

Julie, who is volunteering with LLS to bring in new partners to support The LLS Children’s Initiative, spoke of the devastating loss of her son, Zach, to AML, after brutal rounds of treatment and why she chose to help LLS.  She said it would take a significant collaboration and “you need the force of a big organization like LLS to drive forward therapies.”

Earlier in the day, Stephanie, Dr. Nichols, and the two founders of Women Curing Cancer, Evelyn Bata, a clinical counselor, University of Maryland University College professor, and an advocate for women’s and children’s issues, and LLS National Board Member Lynne O’Brien, a policy analyst and government affairs expert, formerly with the White House Cancer Moonshot under Vice President Joe Biden, participated in a morning news segment on FOX5DC.

The women who have joined the “Women Curing Cancer” movement have committed to donating at least $100,000 to support the LLS mission. The group is dedicated to supporting programs like The LLS Children’s Initiative and LLS’s Career Development Program, a grants program supporting blood cancer researchers at a critical juncture early in their careers. 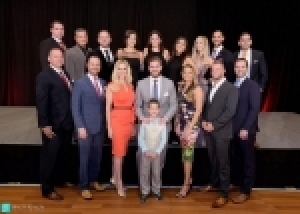 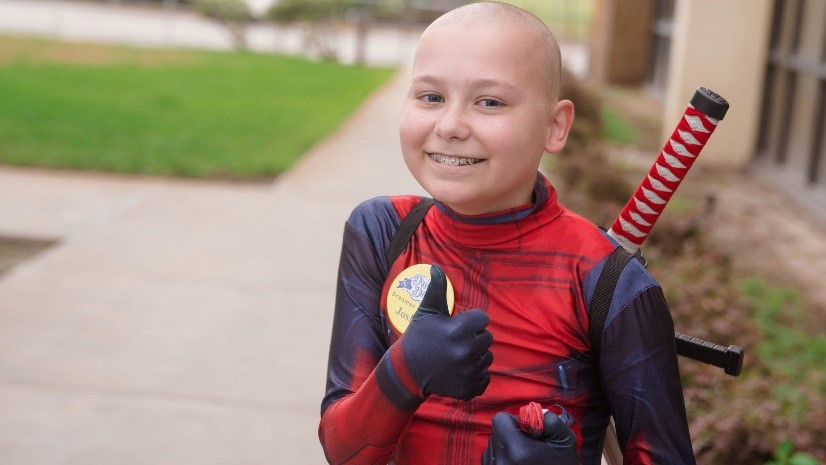 In an effort to improve the health and well-being of people living with cancer nationwide, Walgreens announced its pledge to contribute more than $25 million to The Leukemia & Lymphoma Society (LLS) and Susan G. Komen, collectively, over the next five years. Through a combination of corporate donations and in-store fundraising, the commitment will enable new research in metastatic breast and pediatric blood cancers, as well as increase access, treatment and support services for those living with these diseases.

Donations and funds raised for LLS will accelerate the delivery of cancer treatment advances to pediatric patients and help patients, caregivers and survivors with the financial, emotional and psychological effects of cancer and its treatment. Patients like 13-year-old Josh Ribeiro of Jacksonville Beach, FL, know firsthand the urgent need to raise funds for lifesaving treatment.

In October 2018, Josh was diagnosed with acute lymphoblastic leukemia (ALL). He immediately underwent intense treatment, which came with countless trips to the hospital and multiple side effects, including short term memory loss. He even had to miss his entire sixth grade year in school. But Josh never gives up hope.

“Josh has had a lot of ups and downs throughout his treatment,” said his mom, Nerissa. “But he still wakes up every day knowing that he can beat cancer.”

Josh is still in treatment, which he’ll continue for another three years.

Walgreens customers can help support cancer research and the cancer community by donating to LLS during checkout at the more than 9,500 U.S. Walgreens retail pharmacy locations November 3 through 17.

From Fighting Fires to Fighting for His Life: One Firefighter’s Journey with Cancer

In late 2014, Eric Wirtz, a firefighter for the Boston Fire Department, lost his 64-year-old mother to pancreatic cancer. During that time he had been experiencing pain in his lower right back and hip area and frequent bouts of flu-like symptoms. Eric says that overall he “just did not feel too good.” Little did he know he was about to face his own battle with cancer. Tests of Eric’s lower abdominal area revealed a large tumor that were inflamed lymph nodes in his hip area. He was diagnosed with diffuse large B-cell lymphoma, the most common sub-type of non-Hodgkin lymphoma in January 2015 and began treatment shortly thereafter.

Eric received treatment at Mass General Yawkey Cancer Center and describes his oncology team as “remarkable.” Within a month of his diagnosis, he began six months of a therapy known as R-CHOP, a standard treatment for NHL that spreads throughout the body and kills cancer cells, combined with an experimental drug. While this treatment worked for most of Eric’s cancer, there were still signs of cancer in his right hip and lower abdomen. Subsequently, he began a three-month chemotherapy regimen called R-ICE. After two sessions, Eric learned he was cancer-free. Despite the good news, he continued with the last treatment for “safe measure” and immediately started a 20-day cycle of radiation.

Upon completion of his radiation, Eric underwent a stem cell transplant using his own cells and spent nearly three weeks recovering in the hospital. A few months after he returned home, he was given the opportunity to take an experimental drug designed to keep his disease from returning.

Multiple studies have shown that firefighters are at an increased risk for different types of cancer due to the smoke and hazardous chemicals they are exposed to in the line of duty. Eric is committed to helping The Leukemia & Lymphoma Society (LLS) spread awareness about firefighters’ increased risk for cancer and steps they can take to reduce that risk. LLS is supporting research to investigate the connection between exposure to toxic smoke, such as what occurred on 9/11 and cancer.

When reflecting upon his journey Eric says, “mentally it was tough, especially during the transplant. I pulled through because of my strong family and the support system they were. They were sad about my diagnosis but positive of a cure.”

Six months after his stem cell transplant, Eric says he needed to “get back to reality” and returned to work at the fire department. Eric has been cancer-free for four years but continues to experience some minor, residual effects from his treatment, but notes “it’s nothing to complain of. I am grateful for health, family and good friends. Life is a blessing.”

To learn more about LLS’s resources and information about firefighters and cancer risks, click here.