Christopher Cogle, M.D., Professor of Medicine, University of Florida, Pierre Chagnon Professor of Stem Cell Biology and Bone Marrow Transplant, is the recipient of an LLS Scholar in Clinical Research grant through our Career Development Program. He also has a project supported through LLS’s Therapy Acceleration Program. Dr. Cogle explains his work advancing an investigational approach to treating patients with acute myeloid leukemia and myelodysplastic syndromes. 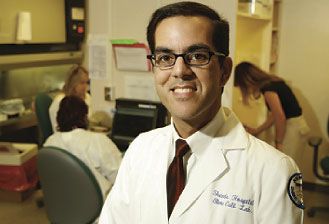 In April we featured a Q&A in this blog with LLS-funded researcher Anthony Letai, MD, PhD, of Dana-Farber Cancer Institute, who discussed in his work leading to clinical trials of a drug called venetoclax (Venclexta ®) for acute myeloid leukemia (AML).

The drug was FDA approved in April for a high-risk form of chronic lymphocytic leukemia (CLL). AML is a deadly blood cancer that has seen no change in the standard of care in 40 years. More than 20,000 people a year are diagnosed with AML, and 10,000 will die. 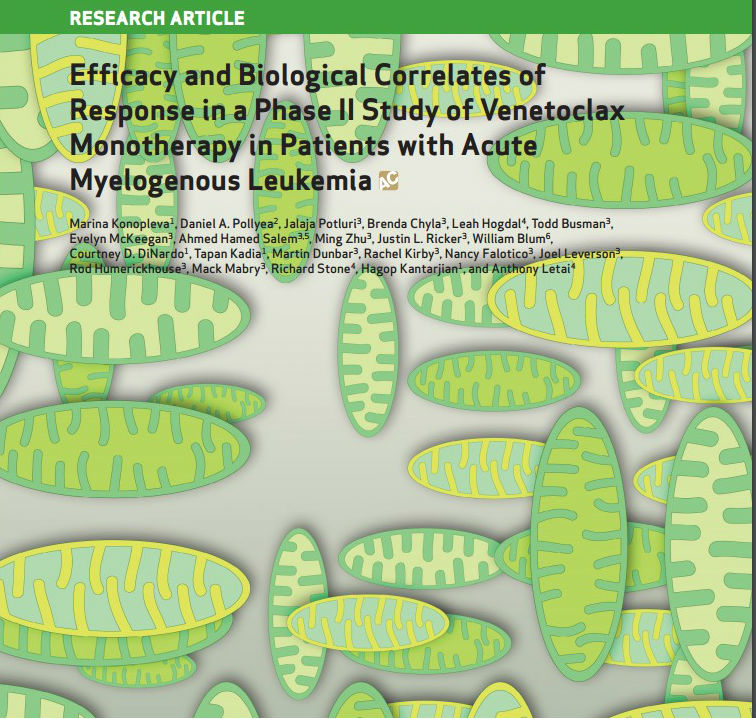 Venetoclax is now one of many investigational drugs in the pipeline being tested to target one multiple genetic mutations that drive AML. Letai, an associate professor in medicine, has been the recipient of several LLS grants in recent years.

This week, results from a Phase II study led by Letai investigating venetoclax as a single agent in AML patients, appeared in Cancer Discovery, a prestigious peer-reviewed journal put out by American Association of Clinical Research (AACR). The study demonstrated an overall response rate of 19% with a tolerable safety profile for patients with relapsed/refractory (AML) or those with AML who were unfit for intensive chemotherapy.

LLS is credited as a supporter of the work in the journal.

A week after receiving the Jimmy V Perseverance ESPY Award, presented by Vice President Biden, where he delivered an emotional speech about his cancer battle, NBA Sideline Reporter Craig Sager again exhibited his #SagerStrong attitude as keynote speaker at The Leukemia & Lymphoma Society’s (LLS) Atlanta Blood Cancer Conference. Sager was diagnosed with acute myeloid leukemia (AML) in 2014. He announced this past march that his cancer is no longer in remission.

Speaking before hundreds of blood cancer patients, survivors, caregivers, family members and healthcare professionals, Sager spoke about the importance of faith and hope. When told of his terminal cancer diagnosis, Sager says he couldn’t imagine what it would do to his spirit, but found it summoned “the greatest appreciation of life possible. I’ve been able to touch people’s lives in ways I never dreamed possible, and my battle has now become our battle.” Sager feels he is fighting for everybody who has cancer and for those in the future. “Because none of us want to see another family go through what our families have endured,” he said.

Dr. Louis DeGennaro, LLS president and CEO, presented Sager with LLS’s Dr. William Dameshek award. Dr. Dameshek was a giant in blood cancer research; in 1946 he helped pioneer what was widely considered the first anti-cancer chemotherapy, and he served on LLS’s National Board. According to Dr. DeGennaro, “The Dameshek Award, established in 1969, recognizes an organization or public figure who has aided LLS in helping focus national attention on the blood cancers.” DeGennaro thanked Sager for sharing his cancer journey with his fans and the general public. “You have provided hope and encouragement, and become an inspiration for so many.”