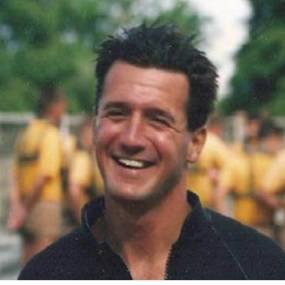 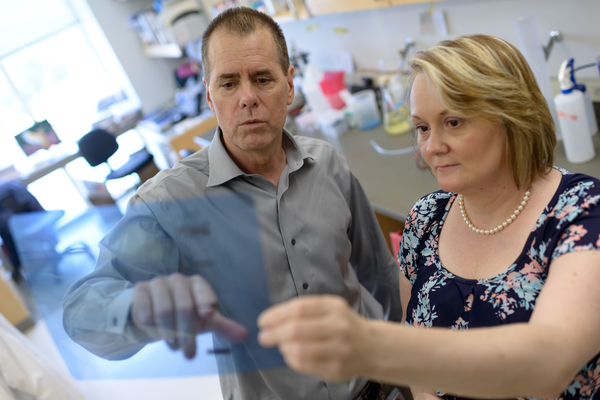 Robert Hromas, M.D., a blood cancer expert at the University of Florida's College of Medicine, is looking to discover new drugs that will improve the response of elderly AML patients to chemotherapy. His latest research, funded through a Translational Research Program grant from The Leukemia & Lymphoma Society, focuses on inhibiting the DNA repair response.

How would you explain what kind of research you do?
The marrow inside your bones makes white blood cells, which fight infections. Most of these cells must be made new every day, because they only live for less than 24 hours. Once they are made, the bone marrow stops making more. Now imagine if the bone marrow never turned off making these white blood cells, and worse, they lived forever. Then your body would fill up with white blood cells, and this could kill you. This situation is called acute myeloid leukemia (AML). I study ways to kill these immortal leukemia cells in order to prevent them from killing you. Even more importantly, I have come up with some ways to prevent the marrow from making leukemia cells in the first place.

What is novel and innovative about your approach?
There are two novel aspects to our work. First, the most innovative part of what we do is study how to prevent the DNA mutations (called translocations) that cause leukemia.We have found that an FDA-approved ovarian cancer drug called olaparib can prevent translocations when given after a translocation-inducing toxin such as high dose radiation or high dose chemotherapy. The second novel aspect of our work is that we have described a DNA repair protein called Metnase that mediates resistance of leukemia cells to treatment. We have generated a new class of drugs that block Metnase from doing this. These drugs restore the sensitivity of leukemia cells to chemotherapy. Interestingly, these drugs are bi-functional, simultaneously damaging the leukemia cells’ DNA, and then inhibiting Metnase from repairing that DNA.

The Leukemia & Lymphoma Society (LLS) continually advocates for laws and policies to ensure that patients have access to lifesaving treatments. Our latest win came this summer when the U.S. House of Representatives approved the 21st Century Cures Act.

This bill, which is proof of LLS’s impact and would make a big difference for blood cancer patients, is now on Congress’ “to do” list.

The House of Representatives finished its work on the 21st Century Cures Act in July, leveraging the support of blood cancer patients and others to approve the bill with a huge, bipartisan majority. With Congress back in session, the Senate HELP Committee will now take up their version of the bill—an initiative they’ve termed “Innovation for Healthier Americans”—aimed at improving and accelerating the process to discover, develop, review, and approve new treatments for patients.