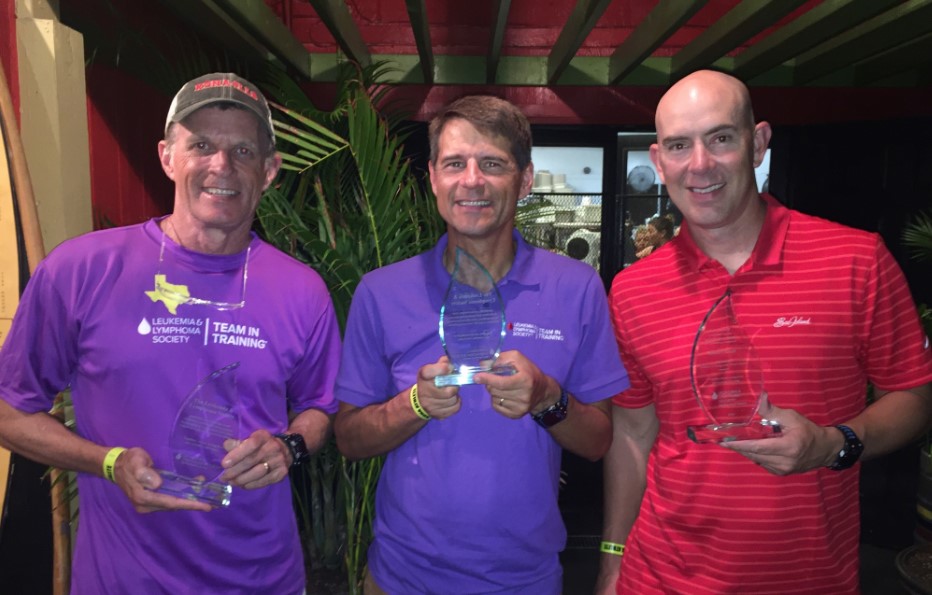 To say that Team In Training (TNT) teammates, Doug Dunbar, Robert Cornett and Christopher Trent, have been working hard over the past several months to prepare for Ironman World Championship, is putting it lightly. On October 8, not only did they complete the 140.6-mile iconic triathlon — they raised a record-breaking $450,000+!

The world-renowned triathlon in Kona, Hawaii, is one of the world’s most demanding athletic events – featuring a 2.4-mile swim, 112-mile bike ride and a 26.2-mile run. The trio joined more than 2,000 athletes from around the world.

All three TNT triathlon stars went the distance to prove that anything is possible – coming together in Hawaii with the common goal of supporting a cure for cancer. For each of them, the cause is personal. Here are their stories… 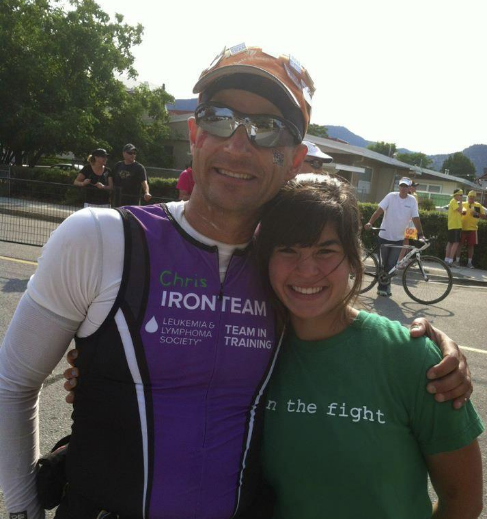 On February 25, 2002, Chris’s youngest daughter, Monica, was diagnosed with acute lymphoblastic leukemia (ALL) at age 8. That year, his family joined TNT and has raised thousands for life-saving research.

Chris recognizes that if he had been diagnosed with ALL when he was age 8, his chances of survival would have been very poor. “By raising funds, we hope to protect other children, so their outcomes will be as good as Monica’s,” said Chris.

With his coach, family and friends cheering him on, Chris crossed the finish line smiling proudly. 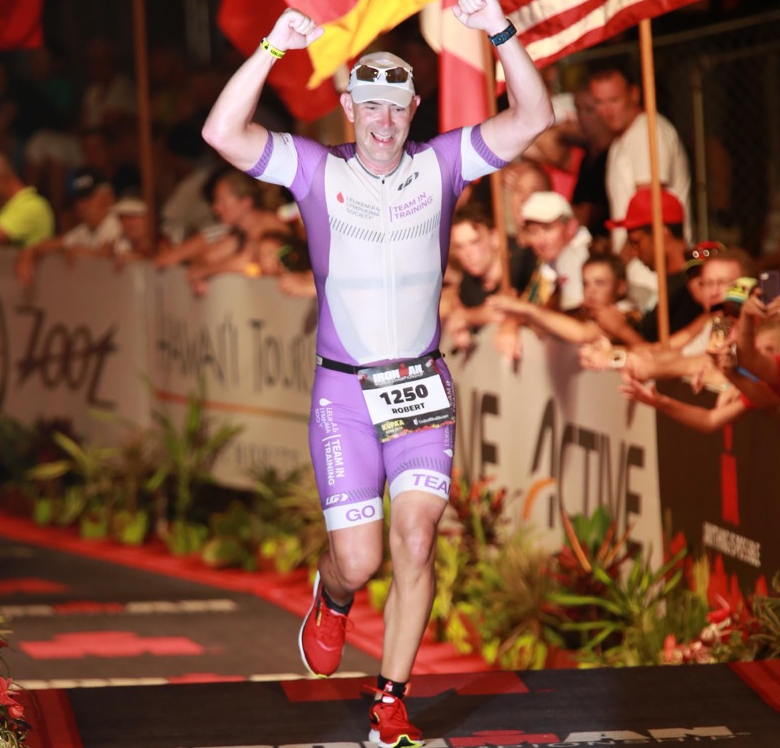 Robert’s Four-Year-Old Daughter is a Survivor

In May 2012, Robert’s two-year-old daughter, Norah, was  diagnosed with ALL. “We were heartbroken, but hopeful,”  said Robert.

After two-and-a-half years and a long fight, Norah finally  took her last chemotherapy pill. She is now in remission  and is a happy and healthy first grader.

Robert knows that not everyone has the same outcome  as Norah, and it is her story – and the stories of other  families – that fuels his fire to support LLS. 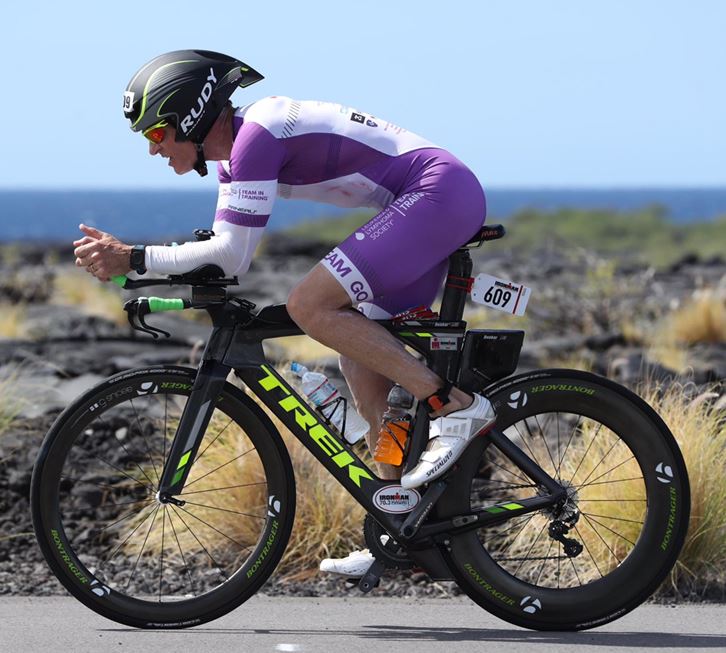 The CBS Dallas Fort Worth anchor, Doug says competing in the Ironman World Championship and raising over $450,000 with TNT was one of his most rewarding accomplishments.

Before crossing the finish line, Doug reflected on those visits. “When I crossed the finish line after 14 incredible, and at times very difficult hours, I did so with my honored heroes carrying me through, including Roberts’s daughter Norah.  I could feel them all day, their strength, and determination. What an absolute honor, to have represented them, Team in Training and LLS."

Team In Training's triathlon program allows multisport athletes of all experience levels to support the LLS mission through a variety of challenging event experiences – from elite Ironman events to Olympic and Sprint triathlons. To learn more, visit TeamInTraining.org.

In honor of Hockey Fights Cancer Awareness Month, many hockey fans will be showing their support for LLS through several exciting events going on throughout the country. As a charitable partner, LLS will be benefiting from several of these events—all to help fight cancer. 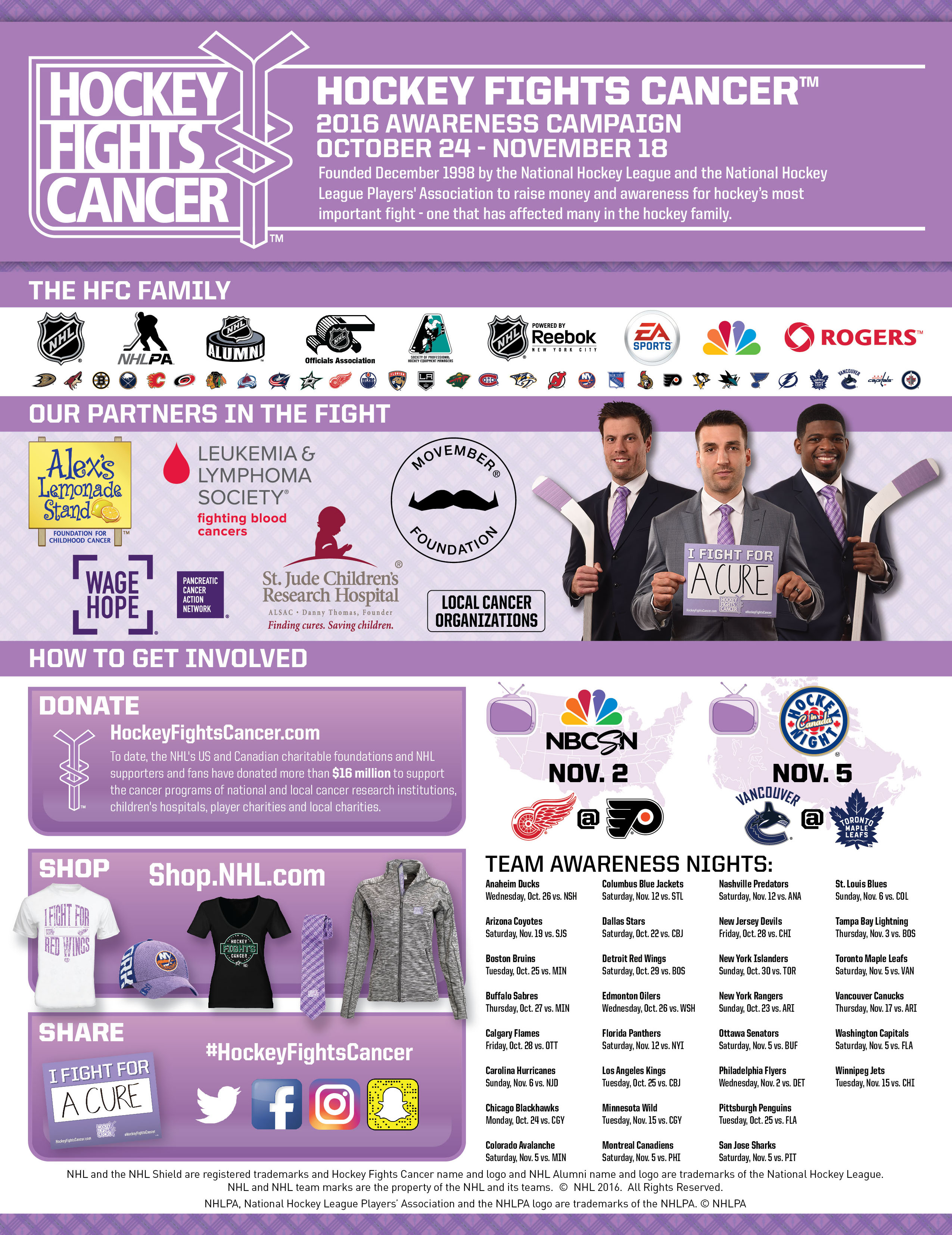 HFC brings together players, teams, fans and corporate partners to raise money through activities such as awareness nights, tournaments, raffles, merchandise auctions, and fundraising walks. Since its inception in 1998, the charitable initiative has donated more than $16 million to support national and local organizations involved in cancer care and research including local cancer research institutions, children’s hospitals, player charities and local cancer organizations. Lavender, the official color of Hockey Fights Cancer representing all cancers, will be featured prominently throughout the campaign.

Here are some highlights of upcoming LLS fundraising activities during Hockey Fights Cancer:

Contact your local chapter and see what events are happening near you!

How else can you get involved?

A Day in LLS History 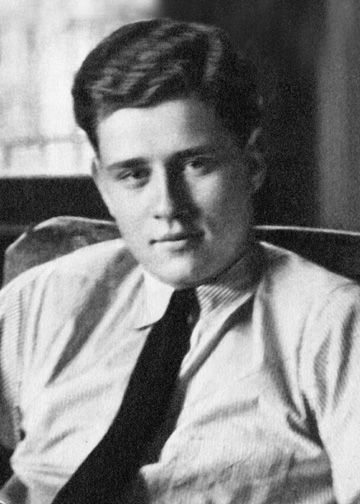 On October 20, 1944, Robert “Robbie” Roesler de Villiers was only 16 years old when he died from leukemia. Robbie’s parents, Rudolph and Antoinette, were stricken with grief and frustrated by the lack of effective treatments for what was then considered a hopeless disease.

After five years of mourning their son, they started a fundraising and education organization in his name. The Robert Roesler de Villiers Foundation had only a few volunteers and a tiny budget.

At that time, the task to find a cure was extremely daunting. Most leukemia patients, especially children, died within three months. Even by the mid-1950s, when the first-generation chemotherapy drugs began appearing, the disease remained a stubborn challenge.

The Foundation’s 1955 annual report stated: "As of this date, leukemia is 100% fatal. This is almost a unique situation among the many diseases to which man is susceptible."

Driven by the family’s nearly boundless dedication, the Foundation continued to expand with an unrelenting mission to cure leukemia, lymphoma, Hodgkin's disease and myeloma, and improve the quality of life of patients and their families.

In our 67-year history, we have invested more than $1 billion in research to advance life-saving treatments and cures, and improve the quality of life of patients and their families. This investment has led to remarkable progress in treatments for patients.

Each decade there have been promising advances. From 1956 when a leukemia patient received the first successful bone marrow transplant to 2001 when imatinib (Gleevec®) was first approved, revolutionizing treatment for patients with chronic myeloid leukemia (CML), and introducing a groundbreaking new approach to cancer treatment.

Today, innovations are emerging at a dizzying rate, including immunotherapy and precision medicine, which show promise to dramatically improve outcomes for cancer patients.

And now we’ve come full circle. Just this week we launched our exciting Beat AML Master Trial, a groundbreaking clinical trial for patients with acute myeloid leukemia, among the most deadly cancers. We envision this unprecedented collaboration will stand as a model for future cancer clinical trials and, like we did with CML and immunotherapy, will change the paradigm of cancer treatment.