In June of 2016, I went to my primary care physician for a routine physical. Lab work revealed an abnormally low white blood cell count, triggering a bone marrow biopsy that found acute myeloid leukemia. In 48 hours, I went from feeling perfectly fine to a week-long, 24/7, chemotherapy cocktail. That was followed by four more weeks in the hospital to treat the inevitable infections and side effects of chemotherapy induced immunosuppression.

I quickly learned that the rest of life doesn’t stop just because we’re sick. The day after I was hospitalized, my wife arrived at my hospital via ambulance with what proved to be a fractured femur. She spent a week preparing for and recovering from surgery before being discharged to a transitional care unit for a month of rehabilitation.

Three weeks into my hospitalization, a nasty thunderstorm downed two sixty- foot trees onto the roof and deck of our unoccupied home. I spent another couple weeks dealing with tree services, insurance adjustors, contractors and roofers from the dubious comfort of my hospital bed.

Four weeks in, a biopsy showed that my induction treatment had achieved a temporary remission and bought me time to consider my next step. I opted for a double umbilical cord blood stem cell transplant and playfully named my baby donors “Ralph” and “Gwen.” Three weeks after transplant, another biopsy revealed that Ralph was 99% engrafted.

We got along right from the start. Ralph built me a new immune system, and he was also kind enough hold his fire, so I had no graft. vs. host disease. In reviewing my initial remission, Ralph’s engraftment, and no GVHD, my transplant oncologist simply said, “this is as good as it gets.”

Throughout months of hospitalization and treatment, I developed several coping mechanisms. They included mindfulness, meditation and yoga, physical exercise, a pro-active role in my treatment, an unrelenting sense of humor, and a practical, secular mind set.

But my most valuable coping mechanism was writing my story. Throughout my odyssey, I sent over sixty email reports to over fifty recipients documenting my treatment and reflecting on my experience as a cancer patient.

I quickly realized that this writing for others had become therapy for me. It allowed me to take the chaotic threads of my daily experience and weave them into a coherent narrative of what was happening to me. Composing these reports became a psychic survival mechanism that allowed me to be the author of my own life.

One year after my transplant, I participated in LLS’s “Light the Night” by walking across the Stone Arch Bridge in downtown Minneapolis with thousands of survivors, caregivers, and people honoring those who had died. The experience was sacred, humbling, revelatory, and empowering all at the same time.

I also became an LLS First Connection volunteer speaking with patients by phone around the country as they navigate their own cancer journeys. Despite the diversity of our backgrounds, we have found much common ground in the challenges of facing cancer and our strategies for surviving it.

Three and half years later, I remain cancer-free and have expanded my work supporting current patients, recruiting transplant donors, and helping others become the authors of their own lives.

My full story was published as “How Steve became Ralph: A Cancer/Stem Cell Odyssey (with Jokes).” You can learn more at www.stevebuechlerauthor.com.

Find Steve’s impactful book, “How Steve Became Ralph: A Cancer/Stem Cell Odyssey (with Jokes),” on our LLS suggested reading list for patients and caregivers within our popular Inspiration and Living with Cancer categories. 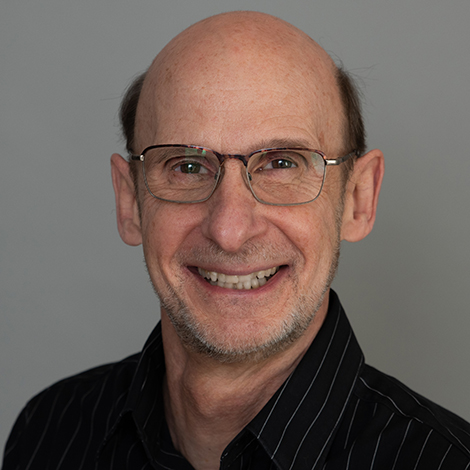