In 2017, during a pickup basketball game at the local gym, Bryon Daily was beginning to feel his age, playing against 20-year-olds. A former college track athlete in his early 50s, this fatigue felt different. He also fractured his finger during a routine pass in the game.

Bryon’s primary doctor at Kaiser ordered labs including blood and urine, that showed impairment in his protein levels and referred him to a urologist then a hematologist. Bryon was grateful for a health care support team that was knowledgeable and fast-moving just weeks/months after his initial basketball injury.

Bryon’s multiple myeloma diagnosis was in January 2018, and he began chemo to prepare for his bone marrow transplant in August. With no family history of cancer and unaware of the symptoms of multiple myeloma, it was a shock to his wife of 30 years and three adult children. Putting on a brave face, his wife, elderly parents, and children became his caregiving team who helped in the ways family can, together.

With the help of his care team at Kaiser, Bryon navigated through his treatment and was ready to take multiple myeloma head-on. It was “all hands- on deck” during treatment and after the standard 90-day isolation period, with meticulous fruit and veggie cleansing, facial masking indoors, and overly conscientious hand washing.
Bryon and his family focused on his recovery and the moment he could resume his healthy lifestyle back at the gym in December 2018. He picked it up slowly while walking on the treadmill, stretching, calisthenics, and bodyweight training. He also “inherited” a second-hand hybrid trail/road bike from his daughter and shifted his physical activities safely outside.

Although his treatment incurred no financial hardship, Bryon acknowledged that not everyone is as lucky. “Cancer is an expensive disease,” he said. “Even paying for parking at the hospital or unknown expenses can take their toll.” Through The Leukemia & Lymphoma Society’s (LLS) Information Resource Center, he received information from dietitians, trained oncology social workers, nurses, and health educators. LLS also provided more detailed information about why multiple myeloma impacts African Americans twice as much as any other race or ethnicity.

A self-proclaimed “poster child for LLS,” Bryon volunteered in 2019 as a community outreach volunteer and family outreach volunteer, and he joined the LLS staff in August 2021. He is a strong advocate for improving the way LLS serves and supports underserved communities and LLS’s Myeloma Link.

“Multiple myeloma is incurable… today,” said Bryon. “With LLS and the way medicine is advancing, in 10 years we are closer to a cure. LLS is a place to be of service, bring awareness to the community and be purposeful with my actions. We have accomplished so much, but we have more to do.” 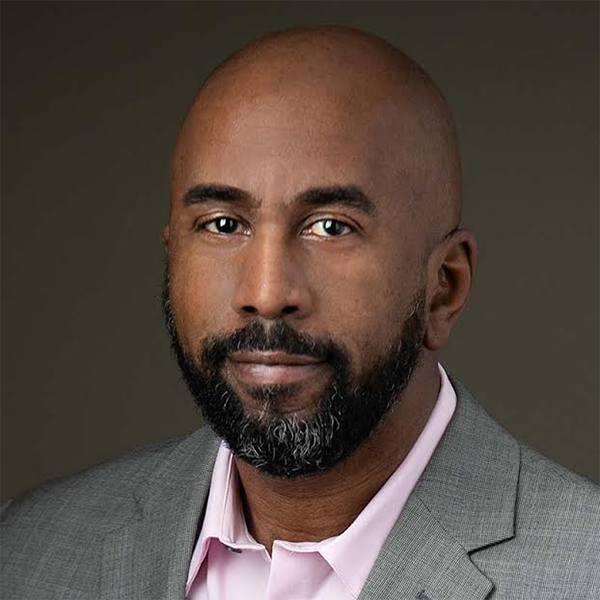