Multiple myeloma (MM) made up close to 20% of all new blood cancer cases diagnosed in the US in 2019. This disease is characterized by the uncontrolled proliferation of abnormal monoclonal plasma cells in the bone marrow. As these abnormal cells grow in excess, they disrupt normal cell production, which can result in a range of complications, particularly in the bones, blood, kidney and immune system. People with multiple myeloma develop tumors in more than one location inside and sometimes outside of the bone marrow, hence the name ‘multiple’ myeloma.

Among the risk factors for MM is advanced age, as it is primarily a disease of older people (65 and above) and the risk of developing myeloma further increases with age. Men are also more likely to develop MM versus women. In addition family history, radiation exposure, workplace exposure, racial, and ancestral background also play a major role in MGUS, SMM and MM incidence. Both MGUS and MM are two to threefold more common in African Americans, Afro-Caribbeans, and Africans compared with persons of European ancestry. MM is the most common hematological malignancy in African Americans. For more information please visit the LLS Myeloma Link Program created to enhance Myeloma knowledge and access to latest treatments in African Americans Communities to increase access to education and treatment for myeloma in the African Americans communities.

Virtually all MM cases begin as the pre-malignant plasma cell disorders monoclonal gammopathy of undetermined significance (MGUS) or smoldering multiple myeloma (SMM) and usually neither of them presents with symptoms. MGUS is present in around 3% of the general white population of age 50 and older, with people of African ancestry showing 2- to 3-fold higher prevalence. Why some people with MGUS develop MM and others do not is currently unknown. Smoldering multiple myeloma (SMM) is a slow-growing type of MM, considered an intermediate stage between MGUS and MM. For both MM precursor diseases, current clinical practice relies on careful lifelong surveillance, although experimental clinical trials are evaluating therapies for high risk patients that are typically used to treat MM. LLS supports a wide variety of grants aimed specifically of investigating these precursor states of myeloma in order to learn how MM develops and progresses.

Are you a Patient or Caregiver? Click here for our free informational booklet on myeloma.

Patients with active MM require therapy; such as chemotherapy, proteasome inhibitors (Bortezomib, Carfilzomib and Ixazomib), immunomodulatory IMiDs (Thalidomide, Lenalidomide and Pomalidomide), Histone deacetylase (HDAC) inhibitors (Panobinostat) and monoclonal antibodies (Daratumumab, Elotuzumab and Isatuximab). Chemotherapy plus stem cell transplant has also been the standard treatment. LLS advanced many of these to approval and current clinical use.

One of the more recent approvals for MM came July 2019, when Xpovio (Selinexor) was approved for relapsed or refractory multiple myeloma (R/R MM). This drug has received extensive support from LLS: over $4M in 9 grants for acute myeloid leukemia, chronic lymphocytic leukemia, diffuse large B-cell lymphoma and for multiple myeloma. Earlier this year in March, the FDA approved Sarclisa (isatuximab-irfc), in combination with pomalidomide and dexamethasone, for the treatment of adult patients with relapsed or refractory multiple myeloma. Currently, one project in the SCOR grant of Robert Z. Orlowski, M.D., Ph.D. (MD Anderson) is a multi-center clinical trial of isatuximab in high-risk smoldering myeloma (SMM) exploring the use of this monoclonal anti-CD38 antibody in the precursor disease of MM. 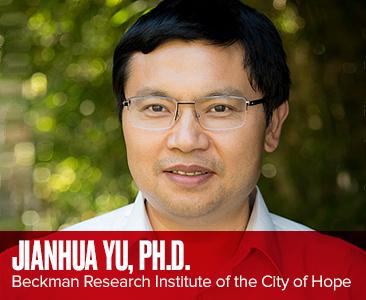 CAR-T therapy involves genetically engineering the patient’s own T-cells to recognize and kill the patient’s tumor cells. This therapy is approved for use in Acute Lymphoid Leukemia as well as certain non-Hodgkin’s lymphomas. Most of the MM CAR-T cell therapies that are under investigation are directed against the B-cell maturation antigen (BCMA) - a protein found on the surface of most myeloma cells. One of these anti-BCMA CAR-T therapies, JNJ-4528, was granted breakthrough therapy designation by the U.S. FDA for the treatment of relapsed or refractory multiple myeloma (R/R MM) in December 2019. This designation is a process designed specifically to expedite the development and review of drugs that are in clinical trials suggesting that these therapies may provide a substantial benefit over what is currently approved for the disease. JNJ-4528 achieved a 100% overall response rate in 29 patients with heavily pretreated R/R MM, according to data from the phase Ib/II CARTITUDE-1 trial reported at the 2020 ASCO Annual Meeting.

There are other experimental CAR-T therapies aiming to treat MM: they either target BCMA just like JNJ4528, or BCMA and CD19 at the same time, or designed against other targets.

LLS activated two SCOR grants in January 2020 investigating the use of CAR-T in MM: Carl June M.D. (University of Pennsylvania) and Madhav Dhodapkar MBBS (Emory University), investing a combined $7.5M into these two promising projects. LLS has other exciting myeloma CAR-T projects in its portfolio such as Alfred Garfall M.D. from the Perelman School of Medicine at UPenn, or Jianhua Yu Ph.D. (Beckman Research Institute of the City of Hope) who proposes to use CAR-T and bispecific antibodies in combination.

There are other novel experimental immunotherapies for MM currently being investigated. An alternative to CAR-T and the genetic engineering of T-cells is to select for T-cells that recognize antigens found on tumor cells. To this end, one of our SCOR grantees, Helen Heslop M.D., D.Sc. (Baylor College of Medicine) have developed a multi tumor-associated antigen approach (multi-TAA), where T-cells from the patients are exposed to peptides that are thought to be present on myeloma cells. The cells are then re-infused to the patient. Another alternative to T-cells is the development of genetically engineered immunotherapy using NK (Natural Killer) cells. NK cells are innate lymphocytes that can kill tumor cells directly. They do not cause graft versus host disease (GVHD), and can be derived from allogenic, “off-the-shelf” sources (in some cases from umbilical cords). Katy Rezvani M.D. (MD Anderson Cancer Center) is funded by a TRP-grant to develop genetically engineered immunotherapy using NK cells instead of T-cells. Other immunotherapies for MM include cancer vaccines and checkpoint inhibitors.

LLS is partnering with Sutro Biopharma in exciting research to develop STRO-001, their CD74-targeting antibody-drug conjugate. CD74 is a protein that is highly expressed in B-cell malignancies, such as myeloma and lymphoma. LLS is supporting Sutro with funding through the Therapy Acceleration Program for a first-in-human phase 1 study to evaluate STRO-001 in a variety of hematological malignancies. Funding will help support dose escalation in both myeloma and lymphoma cohorts, then more specific diseases may be explored during dose expansion, and include multiple myeloma, diffuse large B-cell lymphoma, mantle cell lymphoma, and indolent lymphomas, such as follicular lymphoma.

Venetoclax (Venclexta) is an oral small molecule inhibitor of Bcl-2 that induces cell death via the apoptotic (cell death) pathway. The molecule is approved for use in CLL and SLL as monotherapy and AML when used in combination with other drugs. The discovery of Bcl-2 and venetoclax have been heavily supported by LLS since the 1990’s. This drug is currently investigated as a monotherapy and in combination with carfilzomib or bortezomib.

The biggest opportunity and challenge in myeloma therapy is, without question, the ability to eradicate the disease and thereby achieve cures.  Moreover, resistance to every approved agent occurs and it can be expected that patients will ultimately fail most, if not all, therapies. The basis for the failure to achieve cures remains elusive and complex although new research indicates areas of future research. Nevertheless, cures could be on the horizon for myeloma, especially with strategies that activate the immune system, which has documented ability to eradicate other blood cancers (i.e. stem cell transplants, CAR-T). Some of the strategic initiatives in myeloma research should include: