Zariyah was diagnosed with acute lymphoblastic leukemia (ALL) on May 9, 2016. She had just turned three years old the previous November. She was immediately admitted to Montefiore Children's Hospital when her blood test results came back as positive for leukemia. Her blood levels were three when they were supposed to be 11. They actually almost sent us home stating that whatever was causing her illness was viral. I requested that blood be taken and tested because I just knew it had to be more than just a cold or flu. To my surprise, when the results came back, they told us our baby had cancer. As you can imagine, we were quite in shock and devastated. As you may also know, when anyone hears the word “cancer,” we all automatically assume the worst, but God had other plans. As scary as this journey was going to be, I knew in my heart that God was on our side, and something bigger would come from this. At least, at that time, that is what I had prayed and hoped for.

She had to get four blood transfusions right away due to her levels being so low. After the transfusions, they did a biopsy to get a second opinion and confirm the ALL prognosis. Once confirmed, she began her chemotherapy regimen. Steroids as well as other medications galore became her afternoon snacks. It was tough to see your three-year-old popping pills daily just to help her fight off something that was trying to destroy her. However, through the grace of God, a positive attitude, and a supportive community system, we pushed through.

After a month in the hospital, Zariyah was in remission. They could no longer see the cancer. However, she still had to go through the process. So, for the next 2-2½ years, we adapted. Outpatient clinic visits started off twice a week, then once a week, then once a month. I wanted to homeschool her so badly in the beginning. I was very fearful of germs, etc. However, her team of specialists stated that she was taking so well to treatment that they did not want her to miss out on the social aspect of growth that comes with being in the classroom. So, my baby participated in school the entire time to the best of her abilities on non-clinic days. On clinic days, we would meet with the hospital's teacher who made sure the kids were not falling behind. She also participated in extracurricular activities such as hip hop, and ballet, as well as a multitude of arts and crafts groups.

Throughout the process, there were a few, two-week hospital stays here and there when her levels would get too low. She had multiple spinal taps with preventative chemotherapy treatments and two surgeries, one to place the port and one to take it out. However, through it all, she grew, she learned, and she thrived. Dad and I would take turns bringing her to the clinic, and she would always teach whoever was there with her that week what they had learned the week before. Montefiore became home. CHAM 9 and the 3rd-floor Oncology Clinic had become our extended family.

In 2016, we also participated in our first Light The Night (LTN) walk. It was a beautiful, encouraging, and supportive experience. We got hoodies made with her picture on them and "For the love of YahYah" printed in orange on the back. It was a group of family and friends of over 25 of us. It was special to be with other families who were going through or had been where you are. For one of the many first times, we didn't feel alone. Towards the end of treatment, we got to celebrate when the Make-A-Wish Foundation sent us along with her cousin, Madison, on a seven-day, all-expenses-paid trip to Disney World. We also got to stay at an amazing place called Give Kids the World. Give Kids the World gives kids so many amazing things and memories. One special memory is that we can go back multiple times to visit her star. Each child who goes there gets to name and shoot their special star that will go into a special galaxy in the big treehouse. Whenever you want, you can set up an appointment to visit your star. This past summer, we did just that. We got the opportunity to go back and visit Zariyah's star in Galaxy E, and it was such a beautiful moment to be in that place again but now as a survivor. Zariyah has always told me from the beginning she wanted to start a YouTube page so she can show people, children, and adults, that she beat it, and so can they, that they can be brave, strong, and fight. Right there, I knew it was God's glory carrying her along the way.

She did not have many side effects, however, her hair did fall out. But it grew back more amazing than ever. She would get tired at times, especially on chemo days, and the steroids would throw her moods into a loop. However, all in all, she did it! With God in her heart, family by her side, and a positive outlook on everything around her, along with an amazing team of oncologists and nurses, she beat cancer's butt. We are more than honored as a family to encourage and motivate all of those battling this fight that they can do it too! Zariyah is now 10 years old, in the 5th grade, and looking forward to sharing her story with others. We are in the process of turning her Zrae Foundation into a non-profit foundation to raise awareness about pediatric cancer. We currently sell merchandise (shirts, hats, masks) with her logo on them with a percentage of the proceeds going to the Make-A-Wish Foundation, as well as Give Kids the World. We hope that her story shines a light on the goodness of God and the strength of the power of prayer and a positive support system. We pray that her story inspires, encourages, and motivates. 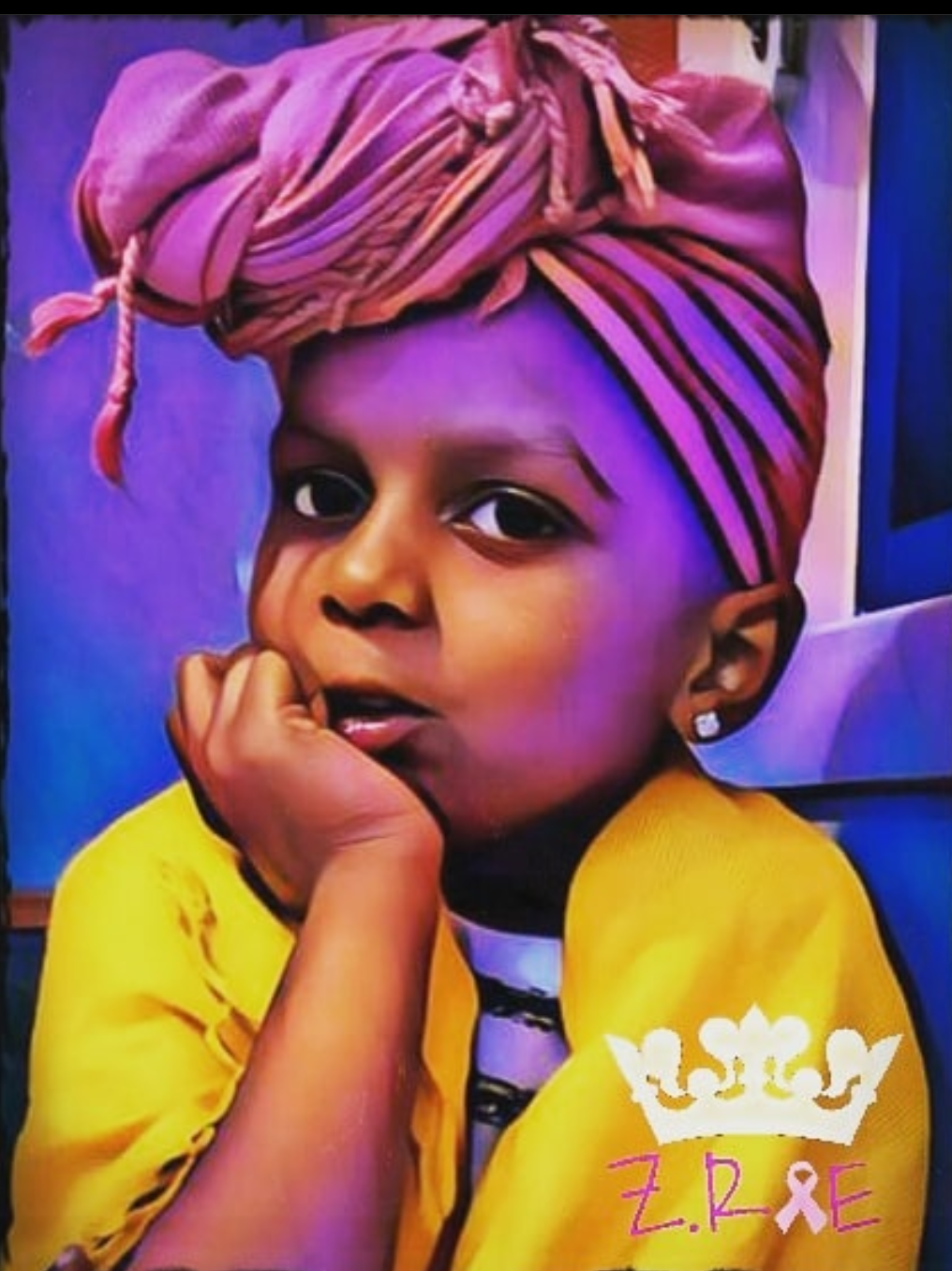