This is my seven-year-old son Yadien. In January 2019, we were heartbroken at news that this little guy had a mass surrounding his airway heart and lung that was a result of T-cell lymphoblastic lymphoma. He’s on his second round of chemotherapy now, as suspected it’s taking a lot from his body and it’s incredible how strong I’ve seen him become in only two months.

Though his treatment is two-and-a-half years, we’re ecstatic to see him beat this disease! 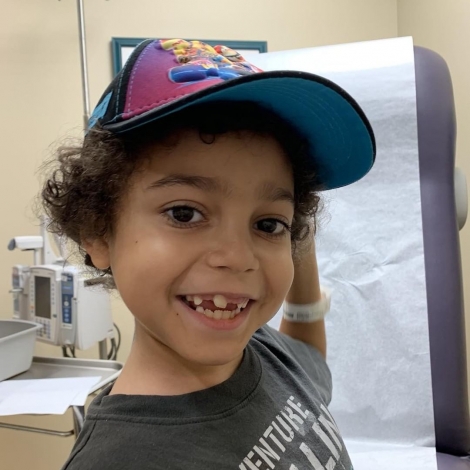