I was diagnosed with blood cancer when I was a 19-year-old sophomore in college. That summer, I had started to get deep, constant coughs. I went to the doctor’s office at least three times, only to be diagnosed with a cold or bronchitis.I continued to feel unwell for several months.

One day, my mom came home from a Christmas party shocked to see me crying on the couch because I didn't know what was wrong with me. The next morning, we went to the hospital and the x-ray revealed a mass that had spread approximately 18-20 cm across my entire chest. The next thing I knew I was put in the Intensive Care Unit on life support.

I remember waking up with a tube placed in the middle of my throat and feeling highly medicated. I received emergency radiation to try to shrink down the tumor, but even the doctors had no idea how to take the best course of action to help me. Eventually, I was placed in a medicated coma.

The following April, I was given the chance to finally go home. I was so incredibly happy, but I also had a major fear of being on my own. My body was still frail and I only weighed 85lbs. Visiting healthcare professionals came over to change my dressings on my arm and take blood once a week.

In July, I heard the words I was waiting forever to hear—I was in remission! I can happily say I am now four years cancer free, and physically and emotionally stronger than I ever thought I could be. I want nothing more than to be able to share my story and give others hope and guidance to never give up the fight! 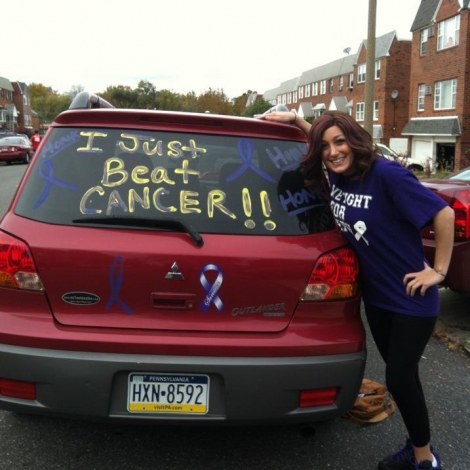