Last March, my husband Bruce went in for what was supposed to be a "simple" surgery. When the doctor opened him up, she found a mass the size of a honeydew melon (her description to me) wound around his intestines and colon. She essentially did cancer surgery on the spot and removed lymph nodes and the tumor. He also woke up with an ileostomy.

This world renowned, teaching surgeon had never seen anything like it.  She even showed me a picture she had taken.  She wasn't sure, but thought it was a lymphoma.  A week later it was confirmed that it was stage 4 Hodgkin lymphoma and it was in the liver and in lymph nodes, above and below the abdomen, but not in the bone. We were also told later that stage 4 is not like stage 4 breast cancer. (I wish I had known that sooner). Everyone was praying.

Bruce had to wait about a month to start treatment because of healing from his surgery. The treatment was to be for six months, every other week, and was administered at University Hospital in Louisville, KY, by the most wonderful, loving, professional people.  Each week they took blood work and monitored him closely.  He was given a lot of blood and platelets at the beginning and then that tapered off. The treatments took a good part of the day, but was not painful. He never got sick! Because of his age, they didn't give him the most aggressive treatment possible.

In September we walked and supported the Light The Night walk in Louisville with Team Hoke and raised almost $1,000.

Other than the healing time right after his two surgeries, he has worked part time most of this past year and is working full time today. A month after his last treatment in September, he had a PET scan and was pronounced in remission. A few weeks later, he had the ileostomy reversed and a hernia surgery repair. This past January, we were able to take our annual trip to Florida and he was able to golf again (which he loves) for the first time in almost a year.  We are still praying and thanking God and all of our caretakers this past year.

We have applied and received support from The Leukemia & Lymphoma Society.  Thank you.  There is a lot of hope here at the Hoke house! Thanks for all your support this past year. 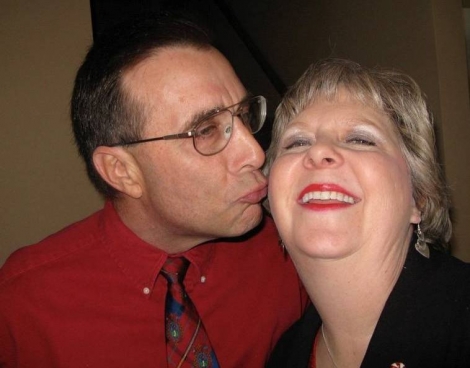