(As told by Russ Parker’s wife Karen A. Parker)

In the fall of 2004, Russ was looking forward to a surfing trip to Fiji with his son Rusty and a group of good friends.  He was a real estate developer, surfer, soccer coach, swimmer and runner. Russ was rarely sick.

We were both confounded by the strange and progressive rash, low energy, leg pain, fevers and weight loss he experienced during September and October 2004. He made trips to his dermatologist and an infectious disease doctor to solve the health condition before his big trip. Still with no diagnosis and feeling worse by the day, he visited his primary care doctor who did a blood test. The blood test showed an extremely low white blood cell count. Russ was sent to a hematologist oncologist who performed a bone marrow biopsy, which confirmed a diagnosis of acute myeloid leukemia (AML). He was immediately admitted for treatment, including cycles of chemotherapy and radiation, and eventually a bone marrow transplant on April 15, 2005. Russ spent a total of 149 days in the hospital during 2004 and 2005. He was able to surf with his son for 20 minutes (once between treatments), but missed the father-son Fiji surf adventure.

His treatments were completed in July 2005, and since then Russ has vigorously recovered and been in remission. He has since gone on surf trips to Mexico and Fiji and skied in Colorado and Canada. He swims four times a week in the ocean, develops office campuses, and has been able to spend time with friends and family. In our opinion, we beat the odds with this cancer due to our faith, the City of Hope National Medical Center and the research that made his aggressive treatment possible. We are so grateful that Russ is alive and well, and pleased to support the extraordinary efforts of The Leukemia & Lymphoma Society.

Spread the news and BEAT AML. 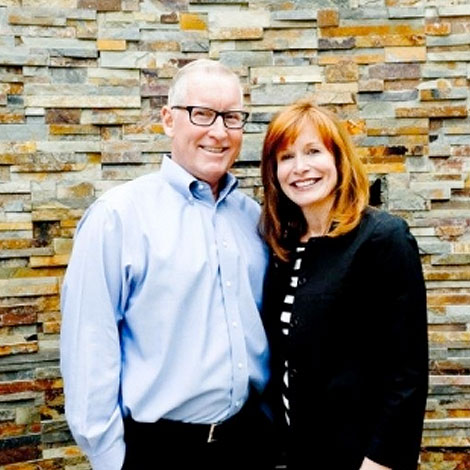