Robert was like any other 16-month-old toddler back in October 2010. It was a Tuesday afternoon. He was our third child and had a spiking fever for about 36 hours that we could not get under control. We called the pediatrician's office to get him in ASAP.

The next morning he spiked another fever at 7 a.m., so I gave him a dose of Motrin to bring it down. We were in the doctor's office by 9:15 a.m. His fever was only 100.0 so the doctor checked him over and did a strep test, and said he would call us the next morning with the results.

About 45 minutes later we were at home and Robert came up to me looking the palest I had ever seen. His lips were a blue/purple color and his fever was spiking again!!  The pediatrician said to take him to Fairview Hospital, about 25 minutes from our home but I asked to go to a satellite emergency room that was less than five minutes away. Upon arrival, the doctor refused to draw blood work because we had already been seen that morning by our own doctor. They finally got it done after I argued. They came to me saying that this must be "human error" because tests showed he had less than half of the hemoglobin needed in his body.  He did another draw to rule that out and came back confirming it was true. We were then transported to Fairview Hospital for a blood transfusion. Upon arriving at Fairview, the doctor walked into our room and said to me, "I'm sorry but we can't help your son." I was in shock. She started to explain what was possibly going on and stated that we needed to be transported to the Cleveland Clinic ASAP.

He was diagnosed with acute lymphblastic leukemia (ALL) on Oct. 29, 2010. We spent the next eight days in the Cleveland Clinic.  Robert had to have three blood transfusions, countless chemo infusions, and countless spinal taps over the next year or so. There were many ups and downs over the next 39 months. He was hospitalized several times during his courageous battle and took chemo pills every day for three years. January 11, 2014 was his LAST chemotherapy!!!  In June 2014, Robert was granted a Make-A-Wish and we got to go to Disney World.  He is now a SURVIVOR and living life every day! He is our TRUE HERO! 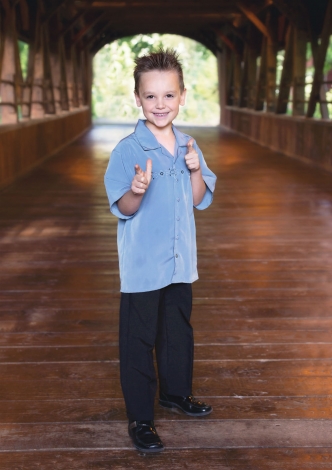