People tend to think that cancer will never affect them. I know, because I was once one of those people. Growing up, I never knew of anyone that had cancer. Then, in 2005, my father-in-law contracted a brain tumor; the worst type. I remember feeling a sort of, panicky feeling in the beginning as we were told he had three to six months  to live. However, since day one, he had the best outlook on life and he lived until 2008. He is just one of my hero’s.

In May of 2016, my own father became very ill with odd symptoms consisting of severe arm and leg pain, fevers, and internal bleeding. Finally, two months later, a doctor decided to do a bone marrow biopsy where he discovered cancer cells. My father was diagnosed with acute myeloid leukemia (AML). I was at my mom’s house and my husband came over to tell me the news. In the fastest manner possible, I got up without shoes on and ran out the front door until I collapsed.

My father eventually lost his battle with AML. He is at peace now. Before he passed away, I promised him that I would make changes in my life as well as continuing to fight against cancer in his honor.

I began raising funds for LLS because I want a cure found so nobody else has to endure this. I want to help save lives. How do you cure cancer, you donate. 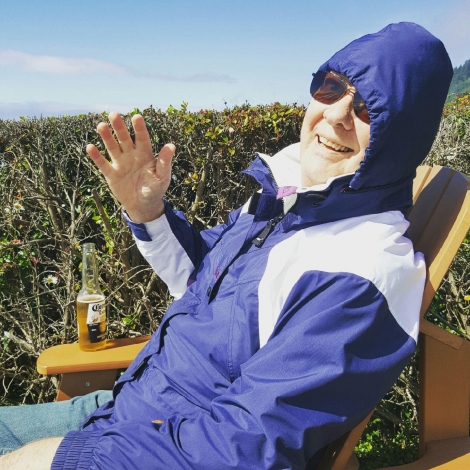