My three kids are my precious jewels, the reason I get up every morning. As a single parent, providing a good life for them is what fuels my drive to succeed. Little did I know that need to care for them would end up saving my life.

I have always been relativity healthy, but in 2015, that all changed when I started to get extremely tired. I could not catch my breath, experienced body pain, nausea, extreme fatigue. These episodes became increasingly intense and frequent ― I found myself going to the emergency room several times a week. The doctors diagnosed these episodes as anxiety attacks, but I can confidently tell you the doctors did not know what they were talking about. I saw all kinds of “ologists” with no result, so I took the medication they prescribed with little relief and tried to come to terms with the idea that my time with my family might be limited.

I started to believe I was going to drop dead, and that would be it. Thinking of my precious jewels, I tried to increase my life insurance policy, hoping to leave them more financially stable. It was their doctors who discovered an abnormal protein in my blood.

After two years of suffering, I was finally diagnosed with stage 1 multiple myeloma (MM) on December 26, 2017. It was a relief to finally have a diagnosis, but I was not expecting cancer, and I had no idea what would come next. I began treatment almost immediately, which led to receiving a stem cell transplant in June 2018.

My oncologist and stem cell transplant doctor explained how MM affects the black community more and at a younger age than the white community. They were amazed we discovered it at all, but especially in an early stage. I hope to get that message out to more people in the black community, along with the need for more African American stem cell donors.

The Leukemia & Lymphoma Society’s (LLS) support resources and community were priceless. I learned so much information about my disease: research being done, informative resources for my children and programs like Myeloma Link, which aims to break down barriers and address the needs of underserved populations. I was in unchartered waters, and LLS was my navigation.

But most importantly, it’s the people of LLS.  They are a family to me and many others. They let me know that I was not alone in this fight. They gave me hope when I did not think there was any. And they introduced me to a whole new network of survivors who recognize what I am going through.

MM is not curable. I take a chemo pill every morning. I live with my cancer and, while it is a blessed life, I look forward to a day when I, too, can be told I am in remission! 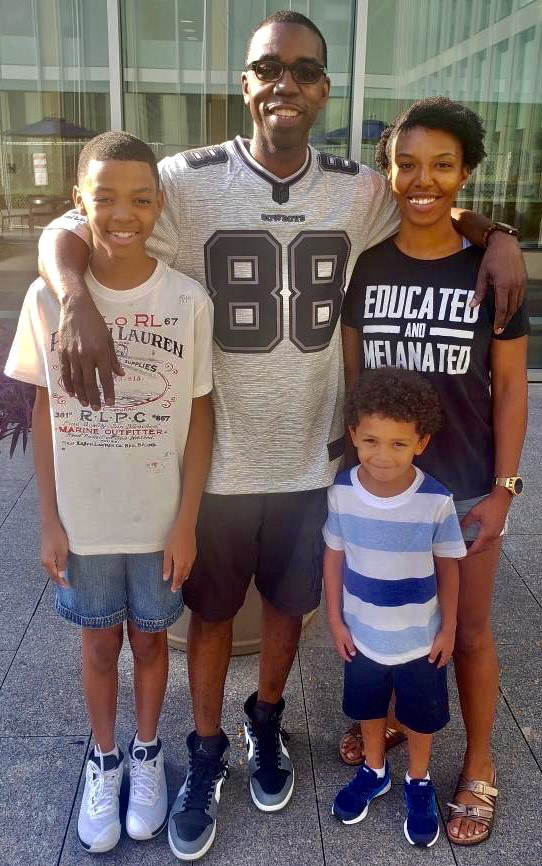