My 9 year old son Ryland Bricker is a BMX racer. He started last year mid way through the season. We found out that the USA BMX Foundation does a fundraising campaign called the Race for Life that benefits the LLS. He really wanted to get involved to help so he ended up being the top fundraiser in the country in 2018 raising $7,066. He set his goals higher for 2019 and really dedicated himself to it asking for donations instead of birthday presents, sat outside local businesses with a bucket collecting money & other stuff as well. 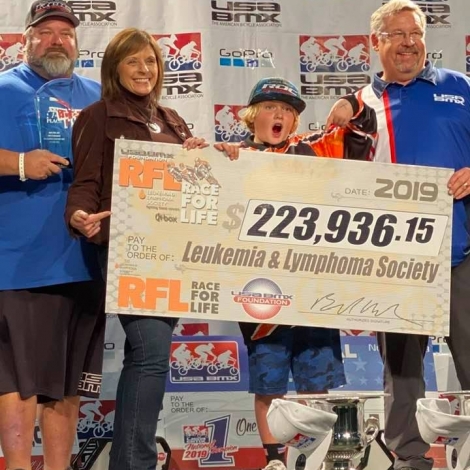