My oncologist was Dr. Ian Flinn. The first 24 hours following my diagnosis were very harrowing. I was ground transported from Murfreesboro to Sarah Cannon Cancer Center in Nashville where they had a gurney awaiting me curbside. A nurse by the name of Regina stayed with me for almost the entire duration of my first eight hours.

Dr. Flinn came in and said, “You have leukemia. The type and form we don’t know just yet. But we’re going to be doing a lot to you with little time or preparation. Our goal is to save your life.”

They took me to the morgue /basement of the hospital. There, with Regina holding my hand and no form of sedation, a doctor inserted a port into my chest. Next, I was placed upon a blood-filtering machine for about six hours. I was then brought back to my room where they performed, again without any sedation, the first of 14 bone marrow biopsies. This was the worse pain I’ve ever felt in my life! I begged them to stop. I cried for my daughters. I cried out to God to give me strength.

Finally, the night calmed down. I was given a pain drip. I would stay in the hospital until my discharge on Halloween, but I had to go to Tennessee Oncology every morning at 6:45 a.m.

My wife, the late Phyllis Evonda Smith Webb McDonald, was my primary caregiver. She was an RN at the VA hospital in Murfreesboro, Tennessee, for almost 40 years.

Dr. Flinn told me that without a bone marrow transplant, I would die in six months. All of my siblings were tested, and it was during my second of five stays in the hospital that I learned my second youngest brother was a match. I wasn’t sure if I’d heard the doctor correctly due to the morphine, but it was confirmed the next day.

He had his own set of doctors, and I had mine. So, the story goes that his nurse handed his doctor a file. Upon opening and reading it, he said, “I’ve already seen Michael’s file, I need to see Wayne’s (my brother).” And the nurse emphatically responded, “That is Wayne’s file.” The doctor was amazed and said, “Then the transplantation was a go!”

You see we are almost twins. I’m the third and Wayne is the fourth born. My mother told us that her doctor had advised her not to have any more children after me. She had three more! She believed that God had already made provisions for my healing even before I got sick.

I received my transplantation on February 22, 2010 (Presidents Day). Two days later, lab results revealed that 96% of Wayne’s bone marrow was dominating my hematology!

Unfortunately, in 2015 my wife was diagnosed with breast cancer. She had an eight-hour surgery. In 2017 it returned in a different form. At one point, my wife and I were going to Tennessee Oncology together. We’d be either across or next to one another. It made being in the infusion room more calming.

So, I became the primary caregiver.

On June 25, 2018, she was diagnosed with metastatic breast and brain cancer. The doctors found seven lesions on her brain. I made the difficult decision to place her under hospice where she could receive palliative care.

I owe your organization so much. 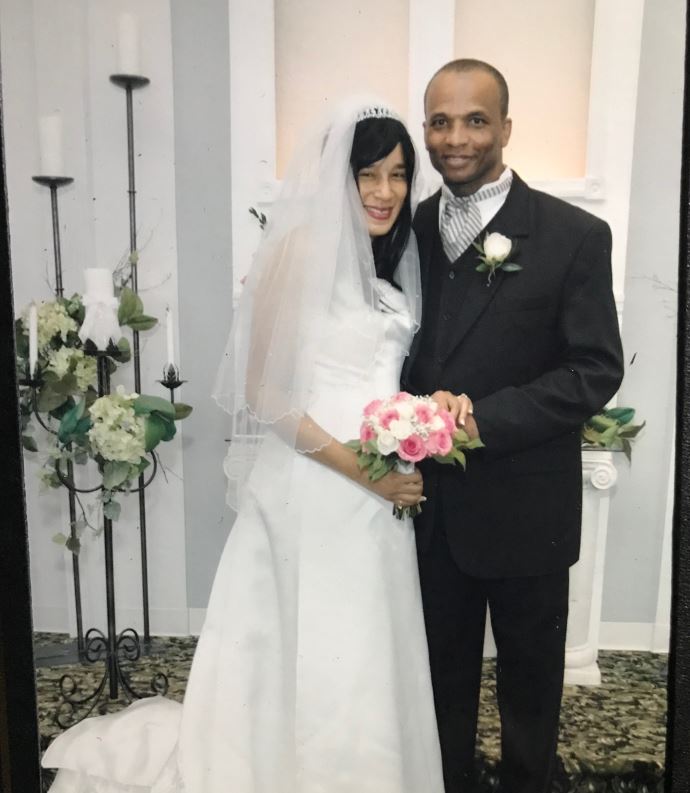