When I was 8 years old, I was diagnosed with T-cell acute lymphoblastic leukemia (T-ALL). I shocked the doctors with how I was still alive because I had a mass the size of a grapefruit on my lungs and masses all over my other vital organs. When I was admitted to the hospital, they got chemo going everywhere they possibly could ― in my port, my arm, my foot. I was then put into a medically induced coma for about two weeks before waking up. After a while in the ICU, I was sent down to the main floor for hematology/oncology. One day I was sent for an MRI, and later we found out that the MRI was never ordered, but they wound up finding a non-cancerous brain tumor at the stem of my brain. I was told that if it grew in the slightest, it would instantly kill me. So, they stopped my chemo and did localized radiation on my brain. After a while, they realized it wasn’t working, so they surgically removed it, and I was sent back to the main floor. A few days later, I had to get restitched on my neck after being stubborn and trying to get up myself and hitting that exact spot. Thankfully it wasn’t anything serious.

I was finally sent home. Once we got home, I ate and then went to do the exercises that I was told to do. When my friend had me move my right foot, I ended up screaming and crying. After having to cut my sock off, I was rushed back to the ER the same day because I ended up having a chemical burn. I was sent to a room furthest away from any other patient rooms. They came in hazmat suits to scrape the skin off. I remember it being excruciating.

Several months later, when I went to get dressed, the second my left leg hit the floor, I collapsed. My friend quickly helped me to the bathroom while my nana and uncle came over. My nana helped me get dressed, then my uncle carried me to the car (my dad didn’t want to get near me because he was sick). The pain was really bad. I couldn’t bend or straighten it without the pain worsening. They did x-rays, a CT scan, and an MRI (I ended up getting more aggravated than in pain because I kept being promised “this is the last time” after they would tell me to bend and straighten, and then bend my leg again.) They discovered that my port was infected, and the infection had settled in the bone of my leg. They cut my leg open but never closed it so the infection could drain. No matter what, if I heard doctors at the door, I’d freak out because I knew it meant they were changing the dressing on my leg. The blood would stick to the dressing causing the wound to reopen. I eventually went into remission and finished chemotherapy.

After that, I ended up battling depression, anxiety, and PTSD (according to my therapist, which I don’t think is true).

Fast forward 10 years later, I went to a wedding, and the next day I was at an amusement park all day when I started to feel bad. We headed home, and I went back to work. My boss had to send me home a few times, then eventually told me not to worry about it since I would be on the ladder and start swaying like I would pass out. So, I went home early, and I felt so worn out and exhausted. I’d barely eat or drink. I’d just sleep almost all day and night, thinking it was a mixture between heat exhaustion and dehydration. The next day, I went to the doctor for bloodwork and found out I was severely anemic and had a few blood abnormalities. But the next appointment wouldn’t be until July. When we talked to the hospital that my doctor’s office contacted, they didn’t know I was previously a cancer patient. When they found out, they said, “Bring her in immediately to the ER and go straight to the back and let them know she’s there.” I ended up getting admitted, and they did a bunch of different tests and found out I had relapsed but this time with B-cell acute lymphoblastic leukemia (B-cell ALL).

Immediately, I was transferred back to my old hospital where they treated me. They told me they had never seen anything like this. After hearing that, I signed off on consent forms to release my medical history and begin a drug study.

I also had heart palpitations and was put on a beta-blocker to lower my heart rate. My resting heart rate would sometimes be 140. After getting a lumbar puncture, my body would convulse and shake because my heart rate would spike to 180. When I told my doctor, he didn’t believe me because it shouldn’t do that. After my next lumbar puncture, he came to check on me, and I told him about my body shaking. He checked my pulse then put the heart monitor on and saw it was rising from 170. Later, he recommended that I have a bone marrow transplant in hopes of preventing another relapse.

All during the relapse, my depression got worse and started to spiral. My senior year of school started, and I wasn’t notified for two weeks that the school website was back online. I went to work trying to catch up but felt so overwhelmed. No matter how much I got done, more would be added. I felt like I wasn’t making any progress and gave up. After getting the push that I needed and being threatened that I wouldn’t graduate until May, I went to work. I taught myself algebra with finance because the textbook examples didn’t help, and I could never find tutorials, or it wouldn’t make sense. I was scared I would fail algebra, but instead, I wound up motivating myself by thinking about my dream job and college. Because of this, I ended up finishing all the work by early November and graduating early.  I was hoping for all A’s but graduated with two A’s and two 88’s. I was proud of myself because one 88 was from algebra with finance. I don’t think many kids could say they battled cancer, anxiety, depression, sleeping issues, and constant doctor appointments, and taught themselves something they knew nothing about, already being far behind in class, failing most of their classes, and then managing to pull themselves through, all at the same time.

Eventually, I got transferred to a hospital that specialized in bone marrow transplants. I found out my brother was a 100% perfect donor match. Once I got to the hospital, I did three days of full-body radiation twice a day, which made me really sick. A day or two later, they started me on a chemotherapy drug called Cytoxan. After receiving my transplant, I ended up getting E. coli, pneumonia, veno-occlusive disease (VOD), and a bacterial infection. I wound up in the ICU for two weeks. The doctors all said I’d be in the hospital way longer than day +45. Two weeks after being out of ICU, I rapidly progressed. I had some of my tubes taken out and wound up being discharged 10 days early at day +35.

The reason I’m sharing my story is that I want to help inspire and educate others. I hope I can write a book, do a podcast, and be a motivational speaker. I’m also hoping to find a way to get enrolled at my dream university and graduate so I can get my dream job. Sadly, everything related to cancer is a money drain and makes colleges or universities even more expensive. But it’s another challenge to face head-on. 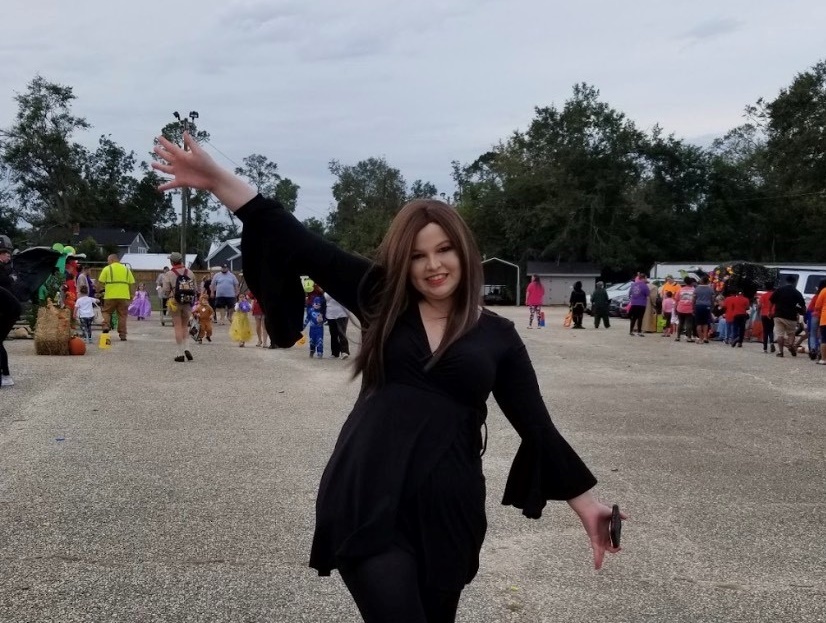