Maddox's journey began in October 2015 when he first started showing signs of being sick at just three years old.  He had a tummy ache one day and a few bruises on his arms and legs, both of which we thought we had explanations for.  It wasn't until he experienced a nose bleed at daycare and had an extraordinarily whiny day on a field trip, that I started to wonder if something else was going on. By the next morning, the glands around his neck were swollen unlike I had seen before and his eyes were puffy. Just two days later, he came home from school with a black eye for no apparent reason.

Determined to get to the bottom of what was going on, we were fortunate to have a fabulous pediatrician who immediately ran several tests. But just six hours after our visit with the doctor, we received the phone call I was dreading. Maddox was diagnosed with acute lymphoblastic leukemia (ALL) on October 21, 2015.

What followed was our first stay at Riley Hospital where Maddox underwent additional testing, a bone marrow test, a spinal tap, his first surgery to input a port and his first round of chemotherapy. This normal “induction period” as it is called, lasted 29 days and was life changing for all of us, especially Maddox. Although the steroids rocked all of our worlds, he has handled the rest of the treatment quite well for being so little. He has been pretty agreeable to everything because he knows in the end, it makes him feel better – that's exactly what we want! 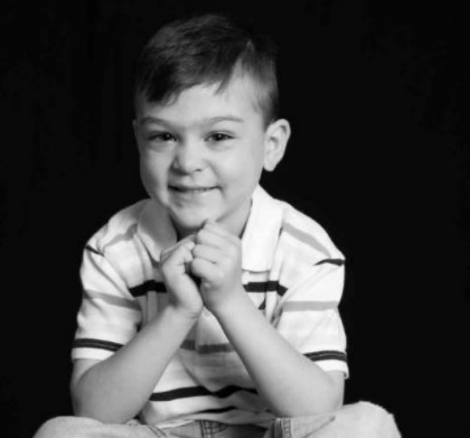