Lori’s journey to becoming a Leukemia & Lymphoma Society (LLS) volunteer began back in 2002 through her own experience with being diagnosed with Myelofibrosis. Lori had just embarked on a new job as a real estate agent to a new home builder when she began to feel extremely tired and have pain in her hands. She chalked up her sickness to a case of the flu; however, after deciding to go to her doctor, he recommended some blood work which came back showing high white counts. Her doctor referred her to an Oncologist who did a bone marrow biopsy. The results showed she had Myelofibrosis. Lori was originally told that she would just need to monitor her disease frequently. Unfortunately, the disease became much more aggressive as Lori began to lose weight and suffer from severe bone pain. She even had to utilize a wheelchair for a short time and have regular blood transfusions during that year as her red blood counts continued to drop.

After meeting with doctors in both California and Arizona, Lori and her husband went to Washington to talk to doctors at Seattle Cancer Care/Fred Hutchinson. This is when the process of searching for a bone marrow match began. Lori’s siblings were not a match, so she began to wait until a match was found. While waiting for her match, her spleen began to become grossly enlarged, a common symptom of Myelofibrosis, and Lori suffered a lot of discomfort. Luckily her match was found, and in February 2003, Lori returned to Seattle for her allogeneic transplant. To prepare for surgery, Lori’s spleen was removed, and she received intense treatment, including high doses of chemotherapy and regular tests and scans. Lori received her transplant on April 4, 2003, and then spent three weeks of isolation at the hospital to monitor her blood count. Lori credits her husband as her amazing caregiver. Her husband stayed with her in Washington during the five months she was there for treatment, and she describes him as wonderful! In addition to her husband, Lori’s friend, Melinda, also came out to Washington as a support. Melinda would cut and add Velcro to the shoulder area of Lori’s shirts to help make an easier access to her port line.

After returning home, Lori remained very careful for the following year to ensure her immune system was rebuilding. As her hair began to grow back, Lori began to regain her strength and feel better with each day. Lori expressed how thankful she is for her donor. Although she has never had the chance to meet him as he requested to stay anonymous, she stated the donor “saved her life.” Lori is very grateful to her family, friends, and LLS for all the support she received.

Right after her transplant, Lori jumped into getting involved with LLS and has been a proud volunteer for 17 years. Lori talked with an LLS volunteer during one of her first LLS events after returning home to Nevada following her transplant. After their talk, Lori says, “The rest is history!” The volunteer helped Lori get started with the Patti Robinson Kaufmann First Connection Program, which matches Lori with other patients who have been diagnosed with Myelofibrosis, as well as caregivers and family members. Lori has never turned down an opportunity to participate in the First Connection program. Since Myelofibrosis is such a rare disease, Lori wants to be there for support for others every chance she can. She always sets up a phone call with the patient and family, and she feels glad she can offer support to others who are going through a similar experience as her.

She has also walked in Light The Night and been an avid fundraiser for the event. In her 17 years of involvement with LLS, Lori has only missed one Light The Night annual walk. Throughout the years she has fundraised through direct emails to family and friends, fundraising through Facebook, hosted Bingo Nights at her real estate office, coordinated raffles at her company BBQ, set up Root Beer Float Stands, and partnered with a local pizza parlor, delis and custard shops to raise funds and awareness. With each event, Lori loves to decorate with red, gold, and white balloons and fills the area with LLS posters. She also takes the time to personally thank anyone who takes the time to donate. Not only does Lori love raising funds for LLS, but she also has so much fun doing it!

Lori feels so proud to see the LLS fundraising dollars in action, especially with the announcement of a new medication available to help reduce spleen size. This was not available to Lori in 2003 during her transplant, and hearing the news that others diagnosed with Myelofibrosis have this option inspires her to keep fundraising and raising awareness for LLS. Lori feels so lucky to be here and wants to continue to give back through being an LLS volunteer. 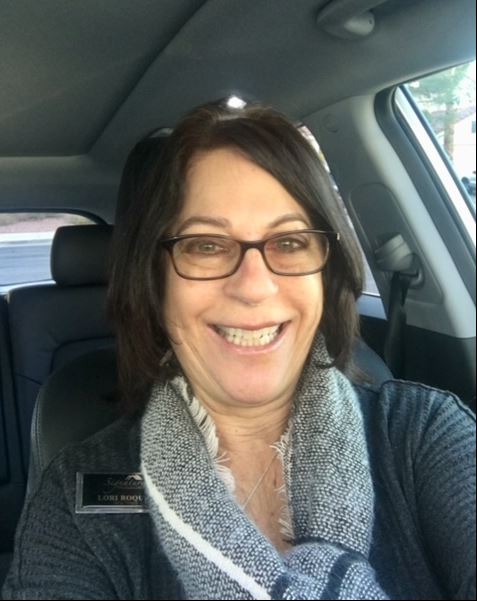