On Oct. 24, 2011, my husband, Rob Smith, was diagnosed with acute myeloid leukemia (AML). He had a bad case from the beginning. He was FLT3 positive and had poor cytogenetics. He received so many rounds of treatments I can not keep count. He battled for 11 months and following a bone marrow transplant, which was part of an experimental trial in Seattle, he died in September 2012, just four days after his 40th birthday. It has been two and a half years since Rob lost his courageous battle against AML and not a day goes by that I don’t think about all the generosity our support network provided us while he was sick and in the years since. Every day I also reflect on the promise I made to Rob to keep fighting this disease and to push for more research that leads to better treatment outcomes for patients. My time has come to give back and I want give on behalf of Rob and our children, Finnegan and Piper. At the time he was diagnosed, we had twins that were almost 2 years old. For 11 months, he received chemotherapy, radiation therapy, a bone marrow transplant and various experimental therapies to try to get into remission. His disease was unrelenting, but so was Rob in his determination to fight. He fought hard for our two children whom he cherished dearly. Being a dad was the most important thing in the world to him. As I go forward in this life, a life I never imagined, I will always keep Rob’s memory alive. I will show my kids that by helping others through research, we have the ability to save another family from the pain we have endured. No child should lose a parent before age 3 and look to the sky for the comfort of their dad. Rob is forever in our hearts. 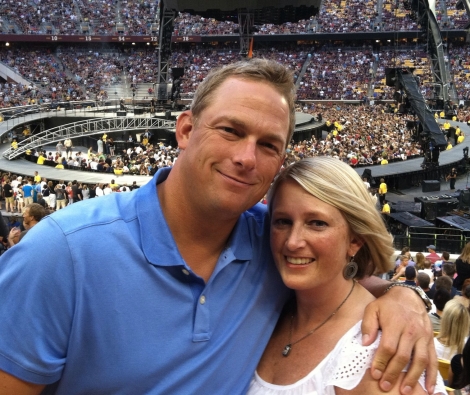