In April 2017, Katelin, also known as KiNG, went to see a doctor for persistent severe headaches and dizziness. A blood test revealed that she had phase III chronic myeloid leukemia (CML). For someone Katelin’s age, a normal white blood cell count is between 5,000 to 10,000 — Katelin’s was 660,000. She was told it was a miracle she was alive and didn’t experience a stroke or any internal organ damage.

She was immediately admitted to the oncology unit where her initial treatment included daily leukopharesis to pump her blood through a machine that removes white blood cells. Future treatments will include chemotherapy. She is currently taking a Tasigna daily and she may undergo a bone marrow transplant.

As a community organizer, helping the homeless population of Los Angeles' Skid Row as well as an organizer with Black Lives Matter Black Star Liberation Party, Katelin has focused her attention on helping others. As a nationally ranked well-known poet, being featured on platforms like VICE, Huffington Post, and Instyle Magazine, Katelin has championed the causes of gender equality, feminism, and overall societal change.

Now, we are nearly a month into treatment and she has started feeling more energized and in two short months, we will find out soon if she's in remission. 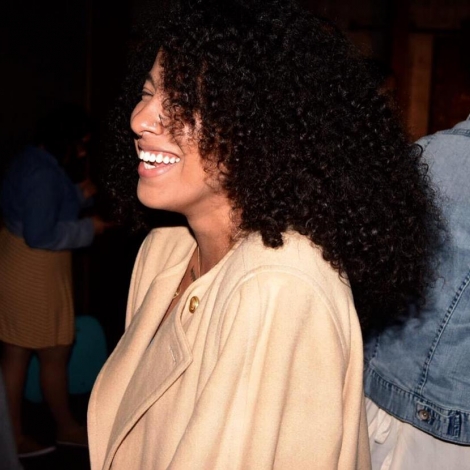