My twin sister, Julie was first diagnosed with leukemia when we were 25. Thankfully, she battled through and was in remission after a year of treatment. It was a rough battle for our family, but especially her. Newly married, her and her husband had just started to build a house and were hoping to start a family. Fortunately, she had great annual checkups and after 13 years, she was declared cured.

In April of 2016, after 18 years of being cancer free, Julie began to feel unwell. Our mom went to check on her and took her to the nearest ER. The doctors told her they believed the cancer had returned. That evening, she was back at the James Cancer Hospital in Columbus, OH. She spent a little over a month there, away from her teenage kids and husband.

Luckily, things have changed a lot in 18 years and she has been able to set up her daily treatments at a hospital just 30 minutes away. She's managed to troop through this even more courageous than the last time. She fought cancer when we were younger and became a stronger person. Now, 18 years later, she fought the battle all over again with her head high. In my eyes, she is a hero. 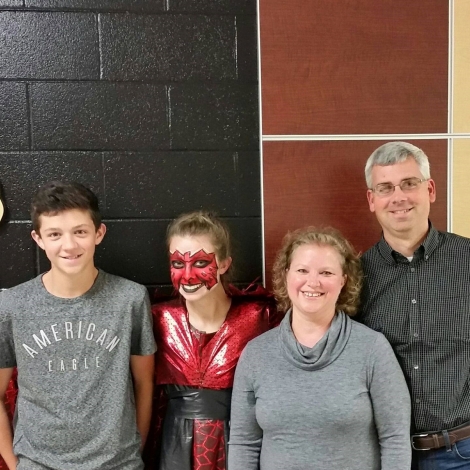