Joshua is a nine-year, two-time blood cancer survivor. He was first diagnosed at age six with non-Hodgkin T-cell lymphoma. Joshua remembers it was January 15, 2005, when he told his mother and grandmother that his “heart was hurting.” After being admitted to St. Mary’s Hospital and undergoing blood tests and X-rays, Joshua was diagnosed with lymphoma and, a few days later, started chemotherapy. He recalls laying down to take a nap at his grandfather’s home and waking up with most of his hair still on the pillow. Rubin, Joshua’s grandfather, shaved his grandson’s head — and his own.

Joshua was cancer-free for more than six years and enjoyed a normal childhood until the day he started experiencing massive chest pains and had trouble breathing. Tests showed that Joshua had fluid on his heart and three cancer masses. He was transported to Joe DiMaggio Children’s Hospital in Fort Lauderdale and stayed there while fluid was drained from his heart and chemo began yet again.  After another six months of treatment, Joshua underwent a bone marrow transplant on April 25, 2012. He stayed in the hospital for an additional three months with his grandfather by his side and finally went home on August, 10, 2012.

Although Joshua was homeschooled for his entire eighth-grade year, he was able to march with his Roosevelt Middle School class in graduation ceremonies. He is now 15 years old and enjoying ninth grade with his friends at Dwyer High School.

Joshua considers the day that he received this lifesaving procedure, April 25, 2012, as his birthday. He and his family are passionate about bringing awareness to the need for stem cell and bone marrow donors. They have held bone marrow drives at their church to match donors with patients in need of a transplant. 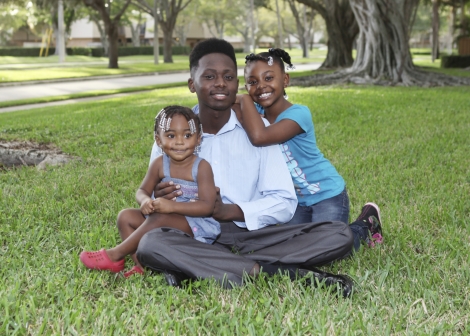