I was diagnosed with B-cell acute lymphoblastic leukemia (ALL) on July 26, 2019, and even without the involvement of a pandemic, I imagine that’s reason enough to believe that to me 2018 seems like a lifetime ago. Still, I can remember it well enough: A wide-eyed younger version of me arrived at college orientation, somehow simultaneously thrilled to begin a new chapter of his life and paralyzingly terrified of the imminent unknown. What followed was, I’d venture to guess, a wonderfully average freshman year ― new friends, long nights in the library, college parties, and unparalleled anger towards the dorm’s collection of laundry machines. As everyone who’s been to college certainly did, I made memories, stored in my brain a collection of experiences that, with time, blurred together in some happy haze of blessed stupidity, newfound freedom, and some sort of meandering journey towards finding out who I was.

Of course, you know what happens next. Hospital rooms, chemotherapy, lumbar punctures, bone marrow biopsies, and the absolutely crushing feeling of lying in a hospital bed just listening to the beeping of the infusion pump.

What’s so hard about cancer as a young adult? I imagine to most people that question sounds rather like, “What’s so bad about being punched in the face?” Of course, it’s hard, they’d say, “It’s cancer.” And they’re right. The procedures were painful, the side effects incapacitating, and there were a few too many days where I could barely get myself out of bed.

Out of that haze of freshman year memory, a particular one sticks out. My friends and I used to climb to the 10th floor of one of the taller buildings on campus and throw paper airplanes off its balcony just to gleefully watch them fly. Some would glide off into the distance, some would flip and twist like an acrobat, and some would catch gusts of wind and turn unpredictably.

A few, though, were different: The paper airplane would leave our hands gracefully and hang in the air for a second or so until a gust of wind would hit it awkwardly, the tail would turn towards the ground, and it would fall, flightless, 10 stories down, to bury itself in the grass.

The worst days of cancer were the ones marked by that absolutely devastating feeling of watching from the ground while every other young adult twirled and soared in the air. All I wanted was to return to the way things were.

And I did. With the help of a wonderful team of doctors and nurses, I was able to return to the University of Chicago in September of 2020, where I’m currently finishing up a degree in Physics, and, in the wake of my cancer journey, getting started on the prerequisites for medical school. My treatment, which is now down to just maintenance therapy, is slated to finish up this November.

The darkest times of that year were the ones in which I thought that my life had been turned so upside down that I’d somehow never make it back to where I was before cancer knocked me out of the sky. Nothing makes me happier than to say, sitting beside the framed pathology report that announced my remission, that on those days, I was wrong.

I know better than anyone the importance of the work that The Leukemia & Lymphoma Society (LLS) does, and I appreciate with all my heart the opportunity to be a recipient of LLS’s Scholarship for Blood Cancer Survivors, a scholarship that makes it all the easier for me to return to school and return to the life that I’d so missed while this disease was keeping me down. 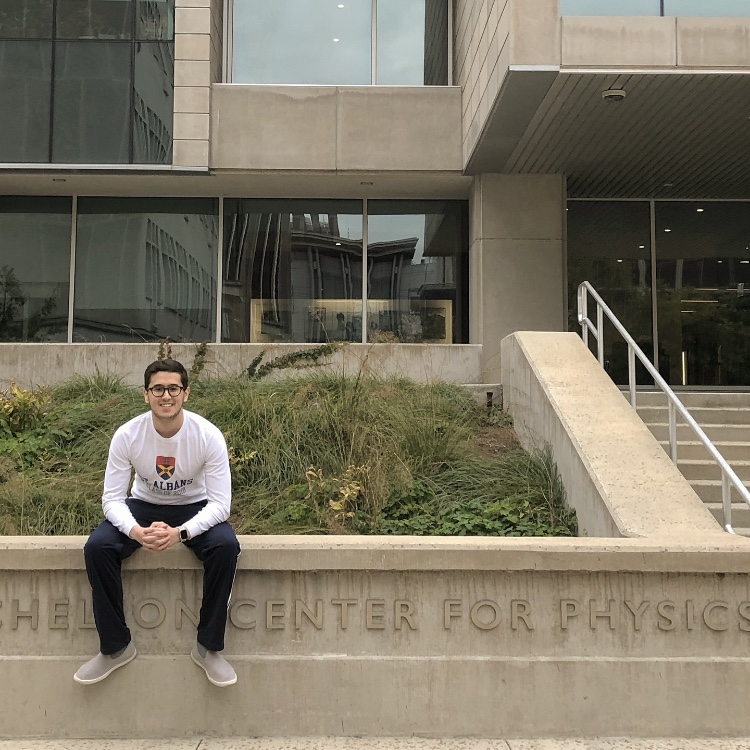