I’ll start from the beginning.

In 2012, I was diagnosed with testicular cancer. I had surgery to remove the mixed germ cell tumor and then was on the road to recovery. My lymph nodes were larger than they should have been, so I opted to err on the side of caution and had a lymph node dissection to have them removed. That was an invasive surgery that kept me out of work and from doing any physical activity for over six months. Once I healed up, I went back to work as a full-time police officer in Worcester, MA.

I was getting back in shape and running a lot. The problem came when I started to cough up blood. It was March in New England, so with the cold weather, I figured I felt cruddy just from the long winter and having a mild cold. After coughing up blood for a week, I went to the doctor for a checkup. Scans revealed that my cancer had come back. I had six tumors spread all over my chest and lungs.

That is when I went to Dana-Farber Cancer Institute in Boston for a second opinion. There I met my oncologist, Dr. Chris Sweeny. Dr. Sweeny is extremely passionate about his work. Because my cancer came back so aggressively, I couldn’t even leave the hospital. It would have been considered stage 4. I went there for a second opinion and ended up getting admitted to start chemo ASAP. One thing I remember Dr. Sweeny saying to me was, “Let the healing begin.” And it did.

I was hooked up to chemo eight hours a day, five days a week. I lead a very active lifestyle and wanted to continue that throughout treatment. Dr. Sweeny knew this and was able to get me a stationary bicycle in my hospital room while I was getting chemo. My chemo went on for months ― get chemo all week and then go home for two weeks. Feeling the strong effects from the chemo, I was still able to keep somewhat active. I would do light workouts to keep busy, as well as to help my mind with the healing. I love skiing, and skiing while on chemo was a great stress reliever. The cold air on my face and in my lungs felt like therapy. After five months of treatment, my chemo was over, and the tumors shrank.

I needed 1/3 of my right lung removed due to tumor residue. That was also an invasive surgery. After about a week in the hospital, I went home and returned a week later for a post-surgery follow-up. My lungs looked good, but blood tests and more scans showed that the mixed germ cell tumor showed up on my brain. So a week later, I was back at the hospital for brain surgery. (Which was actually the best surgery to have; I didn’t feel a thing.)

After the brain surgery, I had brain radiation. After several radiation treatments, I was clear, no more cancer cells.

My left lung still needed to be tended to for tumor residue, so I had a second lung resection. Ten percent of my left lung was removed. To be on the safe side, Dr. Sweeny recommended I have more chemo but as an outpatient only. Several weeks of chemo ensued, and I was on the road to recovery again, or so I thought. I went for bloodwork and got a call once I returned home from my appointment. The doctors told me that my levels were up, and I had another brain tumor in a different spot. So back to the hospital for a second brain surgery and then another series of treatments of radiation.

With all being said and done, I had two rounds of chemo, two rounds of radiation, two lung resections, two brain surgeries, and the initial two surgeries. Now I am just over five years cancer-free and healthier than ever. I had a friend who worked at a bicycle shop who helped me out getting fitted for my first road bike. I started cycling a lot and fell in love.

I went to see Dr. Sweeny for a follow-up appointment once I was soon into remission, and he mentioned the Pan-Mass Challenge. He told me it was a 192-mile bicycle ride over two days and raised money for the Dana-Farber Cancer Institute.

I had a bone marrow biopsy, which isn’t all that pleasant, and tests revealed that I had chronic myeloid leukemia (CML). Since then, I have taken a daily pill to get my numbers down to where they need to be. I am coming up on a year of treatment and hoping I can come off the meds, or at least decrease the numbers even more.

This whole battle with cancer has not swayed my thought process on life or brought me down in a negative way. I have hiked to the Mt. Everest base camp, hiked and skied Tuckerman’s Ravine, tried out and gotten on the city SWAT Team, and ridden my bike over 192 miles in two days. I push myself to keep active because when it comes down to it, all we have is our health.

When I was battling cancer, my friends and family got together and had a huge fundraiser for me. The donations raised helped me pay over $30k in medical bills. I wanted to pay it forward and help others who weren’t as lucky as I was, so I started a 501(c)3 nonprofit called Thin Blue Ride. We raise money for military veterans, first responders, and their families when diagnosed with cancer. We host events and manage fundraising efforts for cancer warriors in need. We then write families checks based on all profits made in their name and present them to the families. We raise roughly over $100k annually, and the money helps families directly by paying bills, mortgages, or letting a family go on a vacation. Money doesn’t solve everything, but when dealing with cancer, it’s nice to have one less thing to worry about.

If I can be a part of The Leukemia & Lymphoma Society’s (LLS) Shred For Red, I would go all in. Skiing is a part of my life that challenges me every time I ski. If it’s riding down trails in Deer Valley (my favorite mountain to ski) or skinning up Mt. Washington, I love every second of it. Another challenge is being a stepdad (more like a real dad) and getting my family into skiing. We love everything about it. 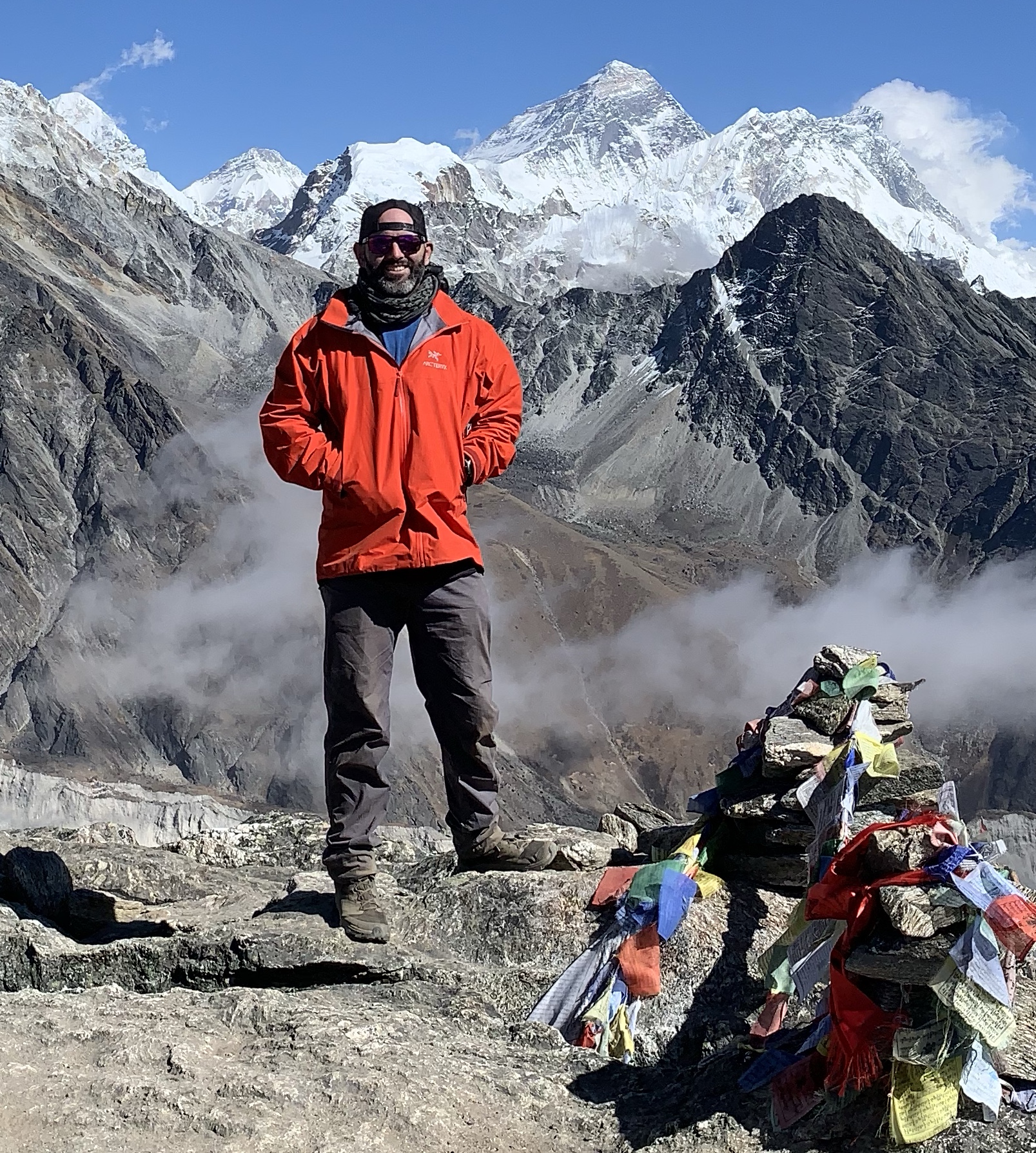