I had been feeling very tired and dealing with massive headaches for about a month. Friends and family started to notice my pale skin and that all I wanted to do was sleep, and I felt cold all the time. That’s not like me, and everybody knows that I don’t usually carry sweaters when it’s cold because I love the cold weather. But during this time, I felt very, very cold.

I work for a chiropractor, so my work is very physical. I couldn’t even stand on my two legs without feeling like I was going to fall over. And I couldn’t even keep my eyes open. I was also dealing with an upper respiratory infection, but I was still too stubborn to go see a doctor. I think it was more fear than anything else. Finally, my boss had enough and sent me to see his primary care physician Dr. Fink. There he took my blood and found out that my hemoglobin was at four, and my blood cells were triple the normal amount. Immediately he knew that I had leukemia and sent me to the hospital where there they took more blood, and my hemoglobin had dropped to 3.5. I was convinced that that day was my last day here on earth. The bone marrow biopsy confirmed it was acute myeloid leukemia (AML). I didn’t even know there were different types of blood cancer until they told me I had cancer. I had a one-year-old at the time, a wife who I was married to for two years, and I was the only son to my parents.

I started my treatment at Cedar Sinai, but two weeks into my treatment, I decided to transfer to the City of Hope. There I met my oncologist, Dr. Mei, and he decided that the best approach to battling the disease was just going through five rounds of chemo. It was a very grueling five rounds, and I ended up getting a fungal infection in my lungs that went to my port, which also ended with endocarditis. 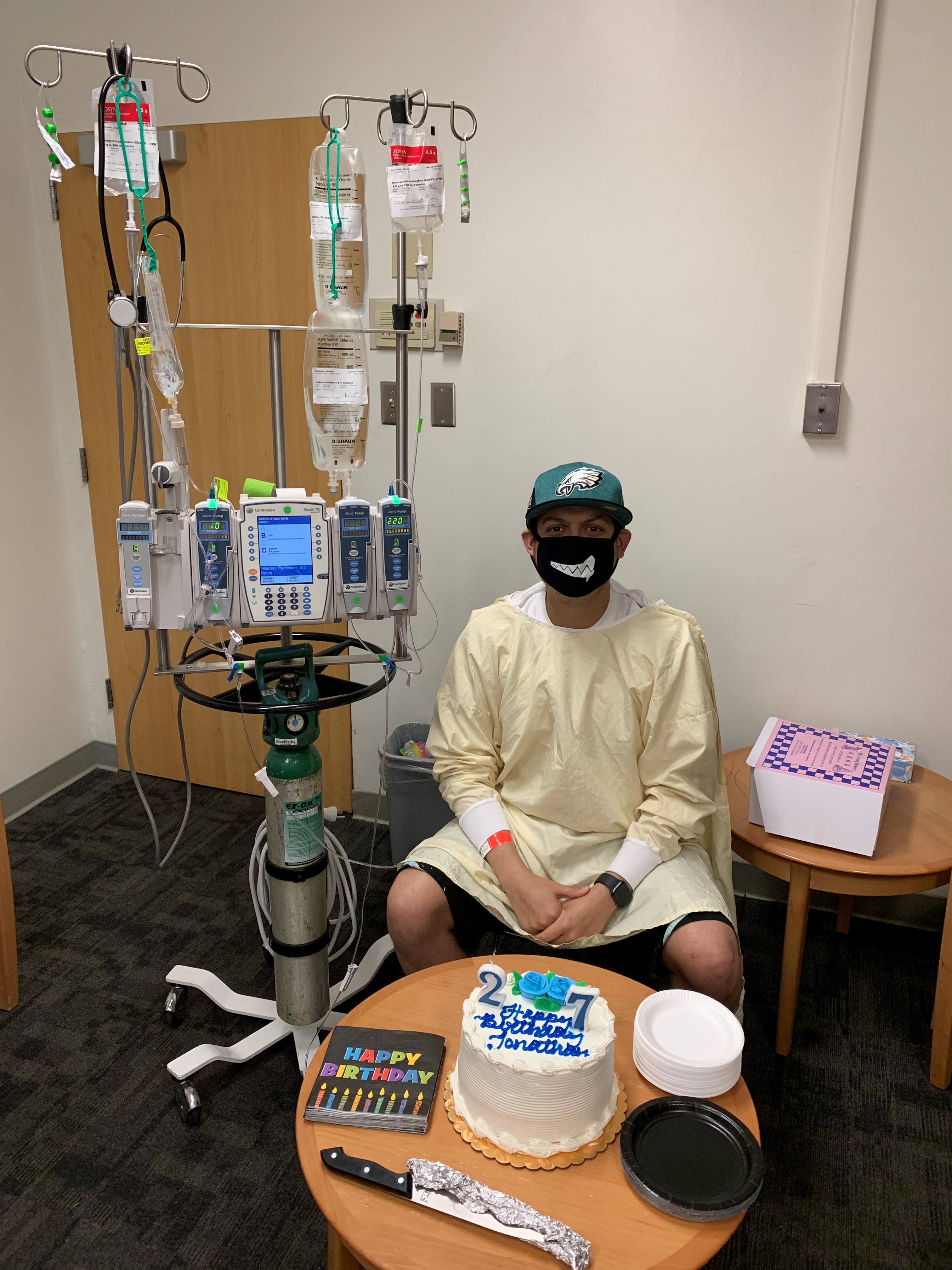