The first time I remember hearing of The Leukemia & Lymphoma Society (LLS) was through Team In Training (TNT), specifically from a brochure I picked up at a bike shop that invited one to train for a 109-mile bike ride with TNT. It was 2007, and I thought it sounded like a blast. I convinced my girlfriend at the time, Stacey, to join me. We used the occasion to buy some fancy new bikes. With some fundraising and committed training dates, we would be able to say we had done a Century Bike Ride! Cool!

As we got to know about the mission behind TNT, “to raise money to fight blood cancers,” I realized that we did have a connection that hit home. A coworker and friend of mine, Robyn, had been diagnosed that year with non-Hodgkin lymphoma (NHL). We would ride in her honor! It fueled my fundraising and really helped me to get on that bike on days I didn’t feel like it. I remember thinking what a win-win thing it was to train with TNT. I got to complete a bucket-list dream of riding a century, AND I was helping people like Robyn. Pretty great.

The Century Ride itself was the El Tour de Tucson in the fall of 2007. It was so fun. It was grueling and crazy but really great. I remember at around mile 80 I looked over and saw another cyclist on a tandem bike. He was wearing the TNT jersey, and he was alone on that tandem with an empty seat behind him that had a picture fastened to it of his late wife who had died of blood cancer. I remember choking up, suddenly feeling the impact of what it was we were doing for people. It helped me complete those last 20 miles with renewed vigor, and I crossed that finish line saying a little prayer for all the cancer patients out there.

I ended up marrying that girlfriend, Stacey. She became my wife the following year, and we would go on to have two children, a son named Mason, and a daughter named Madeline.

Twelve years after the El Tour de Tucson, in 2019, nine-year-old Mason was diagnosed with T-cell acute lymphoblastic leukemia (T-ALL). I will never forget the ER doctor who looked me in the eye and said, “I’m sorry, but your life just changed.” We were devastated.

In shock, we gathered around Mason’s hospital bed in the PICU as nurses paraded in and out hooking him up to machines. He was in a critical state that night, his lungs filling with fluid. Stacey and I were busily signing paper after paper, giving consent for his treatment. One of those papers was about allowing doctors to collect data from our son to be used in research for blood cancers. I perked up ― we had raised thousands of dollars 12 years prior for LLS with TNT! The form had a line on it for Mason to sign as well, considering he was 9 years old and should agree to have his body as a part of the research. I explained to him that his Mommy and I had ridden over 100 miles in one day before he was ever born as a way to raise money for exactly this kind of research. We told him that if we agreed to let doctors and scientists use the data from his body, it could help some other kid like him years from now. Mason’s answer was, “Well, why WOULDN’T we help someone else?”

While Mason battled, losing his hair and his mobility, I rediscovered TNT. An old, high school friend called me and told me she’d like to train with TNT to do the Walt Disney Marathon in 2020 in honor of Mason. We were touched. Mason was thrilled and sent her messages of encouragement as the weekly miles piled up. I signed up to run the L.A. Marathon with TNT in the spring of 2020, and Mason and his little sister were at mile 17, ready with purple pom-poms and TNT gear to cheer me on and give me a quick hug and a “Go, Mama, go!!”

Soon after the L.A. Marathon, Mason’s cancer came roaring back. The LLS and TNT family surrounded my family.

Mason died in the fall of 2020. He was an all-A student, he loved Harry Potter, Star Wars, The Avengers, and the musical Hamilton. These days I like to think he is off studying at Hogwarts as a young wizard ― as he had just turned 11 two months before his death.

Mason died at home in my and Stacey’s arms. He was peaceful, and he was surrounded by love. I promised him as he was dying that I would spend the rest of my life fighting to help others like him.

Today, I volunteer with LLS in the following ways:

And I still participate in TNT events, raising money for research.

At every opportunity, I fight for children like Mason and for adults to have access to research, clinical trials, affordable medicines, strong palliative care, and survivorship aid.

I now fully understand that man on the tandem bike at the El Tour de Tucson. Mason will be my tandem rider for the rest of my life. I aim to keep my promise to my boy. 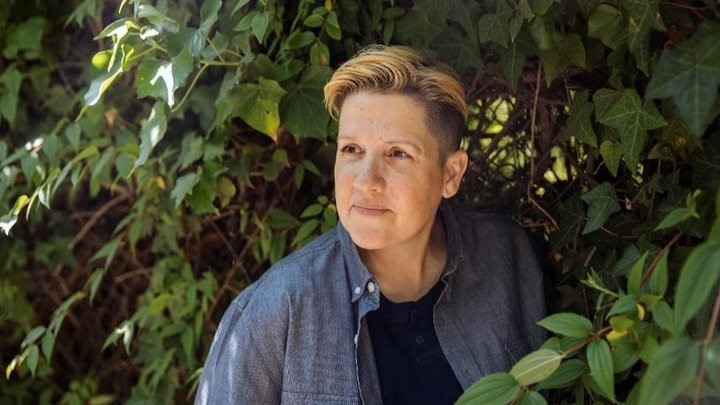