Nana’s Heroes was started to honor Lois “Nana” Bowen. Jay, Nana’s grandson, was 13 when he found out she was sick. Around ninth grade, he wanted to do something about it. Although he couldn’t fix her all up or make her all better, he could help raise money to help find a cure for the awful disease that she had.

This awful disease was called idiopathic myelofibrosis. It was a rare form of leukemia, which targets the white blood cells and shuts down the immune system. Myelofibrosis also causes bone marrow to be replaced with scar tissue. Nana went through a bone marrow transplant and had many blood-transfusions. Since the bone marrow was being replaced with scar tissue, the was no blood being produced in her body. She had many options for treatment and she tried just about everything. Another side effect of the disease was that her spleen was enlarged because of trying to make blood. Nana always said she was pregnant with some alien’s baby.

Jay searched and searched the Internet for some way to help and came across several different sites and pages. None were very helpful and none seemed to give an option to help a cause. Finally, he came across The Leukemia & Lymphoma Society’s website. He sent an email asking how he could help and got a response from Phil Tanner, executive director of the Central Ohio Chapter. Phil suggested that Jay do Light The Night and was impressed by Jay’s motivation to do something to help.

That first year, 2001, Jay and his mother, Carnell, raised a little under $500. Over the next few years, Jay and Carnell gained more team members and raised more and more money. It was not until the second year doing Light The Night that Carnell and Jay gave the team a name, Nana’s Heroes.

Nana had several hospital stays and she also went to the Mayo Clinic in Jacksonville, Florida.

In July 2007, Nana passed away from complications related to the myelofibrosis. She is deeply missed by her friends and family and Carnell and Jay will continue their fight for a cure for blood-related cancers each and every year. They continue to raise funds to help end this awful disease and remind each other all the time that someday is TODAY. 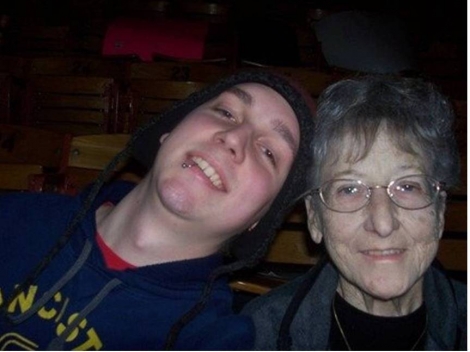