Thirty years ago I was told I needed additional blood tests after a routine check-up. I was too busy to follow those instructions. Looking back, it probably was an excuse not to have to face the truth. My fatigue and many infections I had attributed to stress in my personal life. I convinced myself there was nothing to worry about.

Two years later, at age 44, I was hospitalized with pneumonia in Illinois and it was then I received my diagnosis of "multiple myeloma". Three weeks later, I was sent by my general practitioner to Mayo Clinic. Five days of check-ups followed. They seemed never ending. It was strangely calming when my hematologist at Mayo Clinic doctor confirmed the diagnosis of MM and told me about the disease without instilling panic in me. He helped ease my initial fear. His true empathy, concern and openness came as an unexpected surprise since it was something I had never experienced before from a doctor. He looked out for me with his knowledge, kindness, and understanding and stayed at my side during my long cancer journey until he retired.

In the beginning of that journey I stubbornly persisted in denying the existence of cancer. Since my myeloma was still in the smoldering stage I needed no treatments for several years, only to be observed on a regular basis. I continued to suppress the reality of having an incurable disease. My outward stoicism was in contradiction to the turmoil within me. Fear of losing my health and independence were combined with the fact that I was the bread winner for my family. All this began to dominate my thoughts.

It took several years and major infections due to my weakened immune system until I slowly began to start to accept living with an incurable disease. The emotional work of learning to live with myeloma was fruitful. I started growing again. I was put on the first Thalidomide trial and my test results showed improvement. Then something wonderful happened, at a large patient conference in Vienna I met many other patients. With the help of my hematologist and another MM patient I started the first MM support group in my home country, Austria.

The support group also turned out to be an excellent therapy for me. Fellow patients and their caregivers became excellent sources of information about myeloma and how to live with cancer. The years passed quickly with the many activities of running the MM support group and establishing the European Myeloma Platform. We became active getting novel MM drugs approved by the European FDA, attended political lobbies and would speak up on patients' behalf.

Then another unexpected event occurred when I was diagnosed at Mayo Clinic with breast cancer. I never asked myself "Why me?" and rather moved on to focus on living and helping others, I never felt the presence of cancer as an injustice. Over a year ago I started the MM Education and Support Program and I deliver LLS support materials to patients in need. It takes place the first Tuesday of the month at Mayo Clinic and at each meeting I have a MM specialist from Hematology on my side to answer medical questions. Cancer taught me to give, to enjoy every moment and be there when another MM patient needs me. Life is beautiful. 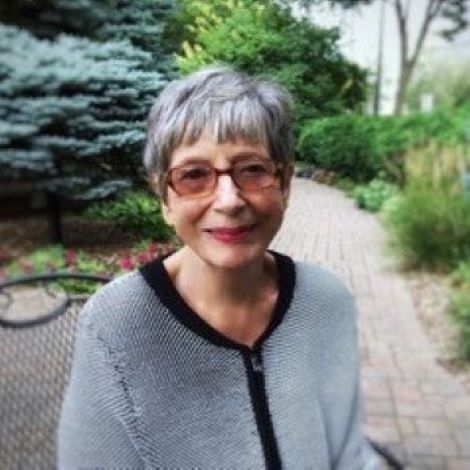