I sailed through the first 56 years of my life...bachelor's degree, master's degree, 20 years as a physical education teacher, 15 years as a district administrator and school principal.  Along the way I founded AZ Disabled Sports, the Desert Challenge Games, SkiAble and other programming for individuals with physical disabilities.

In July of 2011, I went in to get a blood test prior to undergoing my annual physical.  I then left for a week of the Junior National Disability Championships in Michigan.  While in Michigan, I began experiencing profuse sweating out of context to anything I was doing.  I dismissed the sweats as me not being accustomed to the humidity and ignored it.

When I returned to Arizona, there was a message from my primary care doctor indicating that I needed to come see her right away.  When I went in, the discussion centered on the fact that my blood test results had come back abnormal.  She asked me if I had any infections, fevers, colds, etc.  When I responded in the negative, my next question was what would be the primary suspicion given my blood test results.  She indicated that the first suspicion would be cancer but it could be a false positive result.  She told me that I should undergo another test to determine accuracy and indicated that I needed to start looking for a "specialist."  She gave me several cards for referral -- cards that said "oncology/hematology."  It was now getting real.

So I went in to get a second blood test and began preparing my school for the start of the year, as this was August and school was starting the following week.  That Friday, I spent the entire day getting my school prepared.  I got home and decided that I would go to the gym and work out.  As I was leaving out the front door, the phone rang.  I was going to ignore it but something told me to answer the call.  It was my primary doc.....she indicated that they had the results from my second test, she had been in consult with my "specialist" and they were both very concerned.  She indicated that I needed to check into the hospital through the ER.  So, instead of going to the gym, I was driving to check myself into the hospital.  I was in denial......it was a mistake.  I was basically asymptomatic.  But when they rolled me into the oncology wing, it became even more real.

Four days in the hospital of blood draws every six hours, CAT scans and finally a bone marrow biopsy, it was confirmed on my 27th wedding anniversary that I had chronic myeloid leukemia (CML).

I was released from the hospital the day before school started.  I held a meeting of all school personnel that day, as rumors were running rampant as to the reason for my absence.  When I informed the staff that I had been diagnosed with a rare form of leukemia, there were a few gasps in the crowd but mostly stunned silence.  We all resolved to work together to support each other throughout the school year.

I met with my oncologist and began a treatment protocol that called for a daily oral dose of 100 mg of Sprycel, a second generation TKI (Tyrosine Kinase Inhibitor) that was still relatively new in terms of treatment.  There were many challenges at first with nausea, fatigue, muscle cramping, skin outbreaks and other side effects but I was able to maintain my daily schedule in the first few months.  However, it soon became apparent that I would not have the stamina to maintain the demanding schedule of a secondary school principal and I made the decision to retire at the end of 2012.

Fortunately another opportunity came along when I was approached by Wheelchair & Ambulatory Sports USA about running for chairman of the Board of Directors.  I was elected and have been traveling the U.S. ever since spreading awareness about the amazing athletes that train and compete under the umbrella of WASUSA.

My life has never been better, I'm dealing with each challenge as it comes along and I hope I can serve as an inspiration for those just now being diagnosed with a life threatening disease. 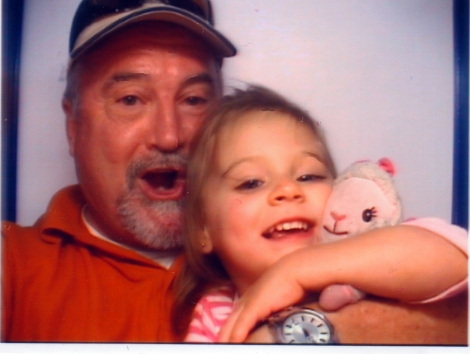