March 16, 2013. I will never forget the moment I first saw the bump. We went to the pediatrician that afternoon. Our doctor looked at Eli and said “Don’t worry. This is not cancer.”

A month later we were in for a checkup and a doctor suggested that we should have Riley Hospital take a look. We got into Riley in May and they told us that we would need to do a MRI. I will never forget how we heard over and over “these things are rarely cancer.”

After MRI’s and ultrasounds they decided to remove it. This was August -- six months after I had first brought it to their attention. The call came on August 14 that it was lymphoma.

The next morning we were to meet with our surgeon. That morning is blurry yet so vivid. Terrified does not even come close to describing what it feels like to walk into a room to hear quite possibly the chances your child has to live.The doctor came in behind us and shut the door. He sat down and his exact words were,“this cancer is nearly 100% curable.” He went on to explain to me that 30 years ago, Eli probably wouldn’t make it. In that moment I knew that because other people had raised money and advocated that my son would live. People who didn’t even know me, did this for me.

On Monday we went to meet our hospital family at Riley. They sent us for a staging PETCT the next day. We received a call telling us that another spot had lit up in the intestines, that if this came out to be cancer, Eli would be Stage 4. He assured me that even at Stage 4 this cancer could be beatable. We were sent for a colonoscopy. After three days of waiting, the call came that the tests were clear, we would begin chemo on Thursday!

After six weeks of chemo, on October 29, 2013 we heard those sweet words: “Eli’s cancer is gone.” We have been so blessed to hear those words repeatedly over the last 16 months as those three-month checkups turned into six-month checkups. This year, with 18 months behind us, I only need to hear those sweet words one more time. After that we can shut another chapter of this book, no more scans just yearly blood work.

A few things about Eli’s lymphoma. It is a rare subtype called nodular lymphocyte predominant and we were told that fewer than 50 kids are diagnosed a year with this type. Eli’s was in front of his ear. He is the only known case with NLPHl in that location.

Lastly, if you are reading this, thank you. You are one of the people that do not know my family but fight for us anyway. We thank you and we love you. 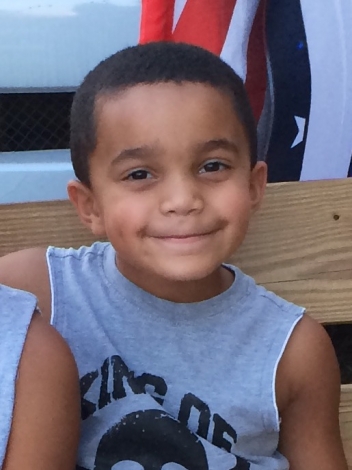