In October 2015, I was diagnosed with acute lymphoblastic leukemia (ALL). I had my first round of chemo then I was hospitalized for three months. I had various complications such as acute respiratory failure and difficulty with incubation. I also experienced a cardiopulmonary arrest for which I required resuscitation and intubation and my heart temporarily stopped for 5-10 minutes. I also developed bleeding on my left brain and septic shock.

I was required to have tracheostomy and gastric-tube placement. Unfortunately, due to other complications I also developed a severe neuropathy and myopathy critical illness because of my prolonged and complicated hospital course. I also had to undergo aggressive speech therapy and cognitive behavioral assistance. However, God is so merciful and loving.

From January to March 2016, the biopsy showed that my cancer cells has decreased tremendously, bleeding on my left brain has stopped. In April 2016, I found a donor that is a half-match and successfully completed my bone marrow transplant at Johns Hopkins Hospital in Baltimore and stayed there for three months.

Today, this will be my second year of remission and despite the current side effects of chemo, I am very thankful and grateful of having a second chance in life. 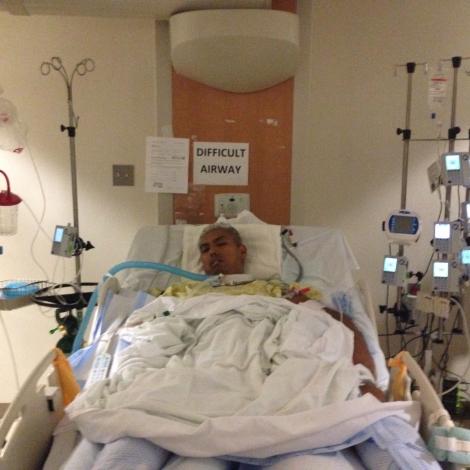