One thought that never crossed my mind as a parent was the fear of a cancer diagnosis for my five year old son.

A few months shy of his 6th Birthday, Drew had very typical cold symptoms, but they were persistent and he was extremely fatigued.  After a two visits to his primary care physician, come over the counter medicines and finally a trip to Urgent care, we had a lot of questions but no answers.  My husband took him to his primary care Dr on Monday and we insisted on a blood test.

The following day I received a call from my Dr and in a very concerned voice she told me Drew needed to be taken straight to the emergency room, and not just ANY emergency room but specifically to Inova Fairfax. I didn’t know why at the time, but Inova Fairfax has a pediatric oncology floor. Before March 14th 2018 I couldn’t fathom the thought of a whole FLOOR of kids with cancer and never in a million years thought my child would be one of them.

Within hours of arriving at the hospital my husband and I were led to a small room and told by a Dr. that our son had Leukemia.  The next 24 hours were a blur.   We were admitted and told to plan on staying in the hospital for at least two weeks.  We learned the following day Drew would be receive a bone marrow aspiration, a spinal tap and a port would be placed in his chest where he would receive chemotherapy for the next three and a half years.  Leukemia isn’t staged like other cancers, it’s in your blood so it’s everywhere but based on his age and his white blood cell count we were told he was placed in a standard risk category.   This was the best possible news.   Kids like Drew had a 90% event free survival rate.

After digesting the initial diagnosis and settling in to our fight, Three weeks later the genetic testing they did on Drew’s Leukemia cells came back unfavorable.  His very experienced Dr. was unsure of what his test results meant for his future treatment plan.  The genetic make-up of his Leukemia cells were rare and his Dr. admitted he would have to reach out to his colleagues for additional opinions.

If we didn’t panic before, this is when we really panicked.  Though we trusted his Dr. and my son’s team I wanted someone who was 100% CONFIDENT In what the next steps for Drew would be and this is when we connected with The Leukemia & Lymphoma Society (LLS).

Within 48 hours we had opinions from the best childhood Leukemia Dr’s in the country.  Everyone was weighing in on Drew’s treatment plan and gave us access to a variety of clinic trials to study.  This helped us quickly become an expert on a subject and allowed us to advocate for our son.

With all the information we were able to collect, with the help of our oncologist and LLS, Drew’s treatment plan was elevated from Standard to very high risk, this meant the toxicity that he would be exposed to would increase as well both the long and short term side effects.  He would require several weeks and months of hospitalizations over the most intense 9 months of his treatment.  He was isolated from friends and family and at one point he was exposed to a bacterial infection in his blood that he was unable to fight.  The infections disease team was brought in, Drew was battling 106 fevers for over two weeks and his prognosis was grim.  Again, LLS was there for our family telling us what questions to ask and providing research and suggestions on how to help him.

The survival rates are good but the treatment is incredibly harsh.  Drew has had over 20 Spinal taps where Chemo is injected directly into his spine, he takes 6 methotrexate pills every Monday.  Each month he takes 6 steroid pills a day for one week and a chemo pill every day.  His immune system is constantly compromised, his mood is greatly impacted, particularly from the high dose of steroids and his ability to learn and think is impacted

LLS research is critical to finding a cure and recently focusing on the long term side effects these kids have to face as a result of their treatment.  Finding better treatment plans is critical for kids like Drew.  Just 50 years ago the disease was incurable.  We are forever grateful to LLS and those that have dedicated their life to finding a cure. 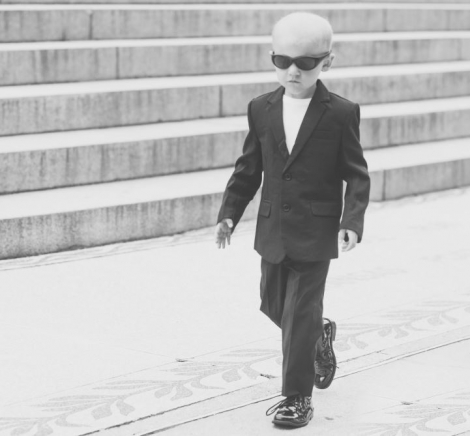