I was losing the battle with chronic lymphocytic leukemia (CLL) and lymphoma in August of 2013 when I ran across this quote from Albert Einstein, "There are only two ways to live your life. One is as though nothing is a miracle. The other is as though everything is a miracle." I decided to adopt this as my standard to live by. It gave me new insight and a passion for living that fueled my will to live.

I decided to try to do something impossible while still an active cancer patient to prove to other cancer patients that you don't have to give up your dreams or your drive simply because you've received a diagnosis. My impossible dream? To become the first person in history to swim the entire 184 miles of the Willamette River in Oregon.

In June 2014, I swam three to five marathons a day for 22 days in 40-50 degree water and accomplished my miracle swim. Six days later, doctors were stunned when they found blood tests showed that my blood counts had returned to normal.

I did this swim as part of the Man & Woman of the Year (MWOY) campaign for LLS. It helped me to see firsthand that we are "swimming in miracles." Now, healthy and strong, I live to give others suffering from leukemia and lymphoma the inspiration and power to hope for their own miracle of healing. This summer, I will make another miracle swim to raise money for LLS. I am swimming the River Shannon in Ireland! 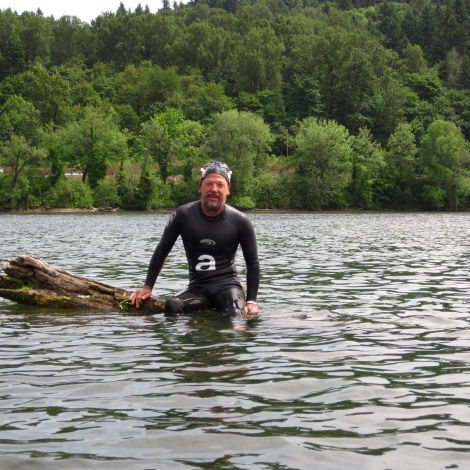