It all started for me the day our first child turned two months old. She was extremely colicky, and we would spend hours every night trying to get her to sleep. This particular night, I bounced on our exercise ball to try to get her down, and that caused some extremely bad back pain. I could tell something was seriously wrong. When I woke up the following day, the pain was significantly worse, and there was no way that I could even work. This was the start of the worst two-month period of my life.

I spent about a month and a half tweaking my back by doing the smallest things, and then I would have the worst pain for two days straight. From standing too long to holding my eight-pound baby for short periods of time to riding in a car too long, everything seemed to ruin my back during that stretch. I was terrified to help raise my daughter because I knew helping out would just end up with me lying in bed for two days just staring at the clock, waiting until I could take more medicine. Doctors were working towards determining what was wrong, but they weren’t really getting anywhere (and they also weren’t giving me any pain medicine). Then comes November 12, and my whole life started to change pretty quickly. I decided the pain was bad enough, and I was hoping that a fresh set of eyes on the situation could be helpful, so I went to the ER for the third or fourth time. They did a simple CBC blood test and must have noticed that I had cancer from that (but I’m guessing couldn’t diagnose me themselves). I’ll never forget how that was communicated to me, “You need to see an oncologist within 48 hours.” I think I blacked out a little bit at that point. I never in my life would have guessed that cancer could have been an option, or that I could actually have cancer. Maybe there is still hope.

The next day, I went to my local oncology office. I was explaining my situation and was clearly rambling on when the doctor finally interrupted me and simply said, “It’s leukemia.” I remember that moment clear as day, but then that time of my life gets a little blurry. I know he explained a lot of the basics we needed to know, but all I really remember is getting a bone marrow biopsy without enough lidocaine.

The next week, we worked through so much information to figure out where I would get my care and to get me set up. I chose Froedtert Hospital in Wisconsin. Every blood cancer oncologist I’ve met there has been amazing, but I feel like I might have gotten the best one. Step one was having me inpatient and starting chemo until it was safe for me to leave. I spent three weeks in the hospital. Now, remember back to when I said I was afraid to hold and help out at all with my daughter? Well, she played a much more important role in the rest of the story. If you ever needed any extra motivation to beat cancer, having a newborn gives you that. Trust me, I would have given anything for her to be able to grow up with a dad. Literally anything.

I had about one year of pretty intense chemo, but the suffering was always worth it because I knew how important it was for me to win for my wife and daughter. To make the whole situation even worse, about four months after I was diagnosed, the COVID pandemic started, so that made everything even more difficult.

Just like with anyone else going through a battle with cancer, we all have our own unique stories with our own unique struggles. Among many others, mine included dropping from 175 pounds to 130 at my lowest and being in a constant fight to keep weight on, having an awful case of chemical meningitis, and being inpatient for a bit to fight pancreatitis. On the flip side, since the beginning, I’ve always said that my wife has had to struggle even more than me, and I still 100% believe that. I know how unbelievably difficult it was for her to work full time, raise a child during a pandemic by herself, and mentally/emotionally get through the day knowing her husband had cancer and could potentially not make it through the year. The year 2020 was just an extremely tough year on so many levels for everybody in our household.

In 2021, things finally started turning around. I got onto my maintenance chemo, which I’ve felt great on. I was able to start working again. I was able to actually start playing with my daughter and helping her grow. The best news, though, was in the spring when we found out that the IUI we tried worked, and we were having a baby boy. In January 2022, we welcomed our second child into this world! A lot of times in life when something doesn’t work out for you, you never get a second chance. I missed basically a year of my daughter’s life, but now I’m healthy and can help raise my son. It is such a blessing to get the opportunity to help raise him at this young age, something that was completely taken away from me with my daughter. Things are really starting to look better and better for me. The last big step is for me to get off of my maintenance chemo, which will happen in about a year.

There have obviously been rough patches, but overall, I’ve been extremely fortunate in my cancer journey. I have had an absolutely top-notch care team. I have had such an amazing support system from family and friends. I couldn’t even begin to explain how many cards I got in the mail or how many people were constantly trying to come to see me while in the hospital. It was incredible. And lastly, I was lucky to have the best motivation I could have imagined. There was no way that I could have accepted my daughter not growing up with a dad or my wife being a single parent for the rest of her life. That just wasn’t an option for me. I was the one who suffered from cancer and chemo, but those two are the main reasons I am through the worst part of my cancer journey. It was an awful journey that I wouldn’t wish upon anyone, but we are getting closer and closer to the end. I can’t wait until that day comes, and it is finally 100% over! 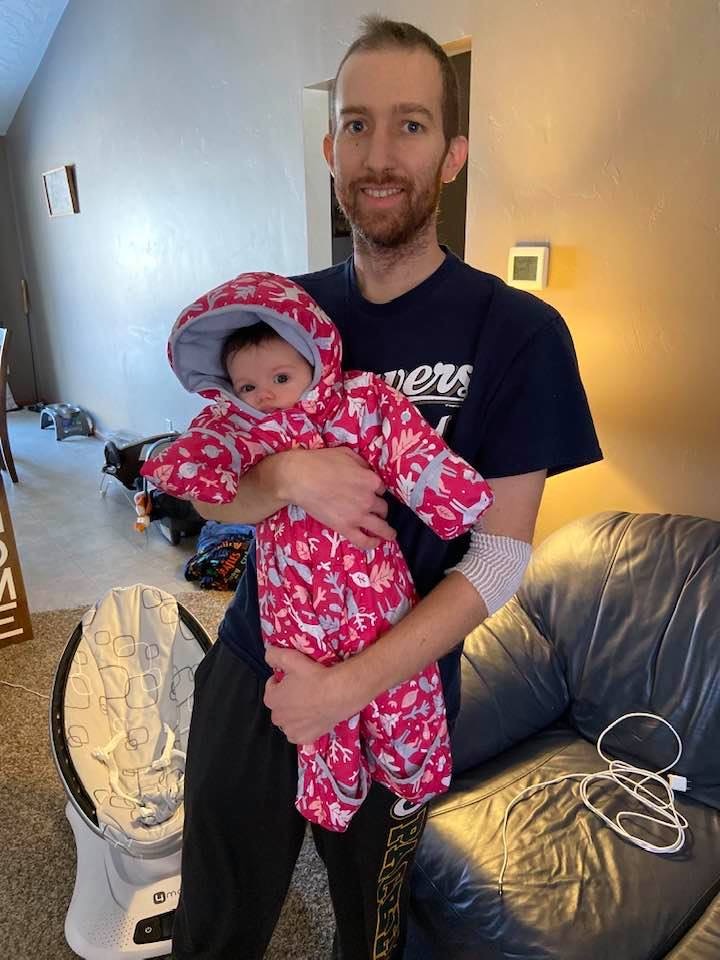