My husband, Dale, was first diagnosed with leukemia in October 2011, after we noticed a bubble under his chin. His chemo treatment lasted for four months, and in May of 2012, he was in remission. We were very excited to learn those results. He took his port out, and started living life again. Early in 2015, Dale was told his cancer was back, and the skin bubbles started to reappear. This meant another port and a different chemo treatment. It made him very sick, angry and depressed. It’s hard to watch your husband cry or shake cause he’s so cold and you just can’t keep him warm enough. Treatment was six months, but once completed, we learnt it didn’t work as planned. His doctors said there’s a new pill-form of chemo he could take every day. Now, in September of 2016, Dale is in remission!He'll continue to take the new chemo pill everyday, until his body stops responding and with hope that day won’t ever come. My family and I thank cancer agency’s like this one for their walks, knowledge and support. 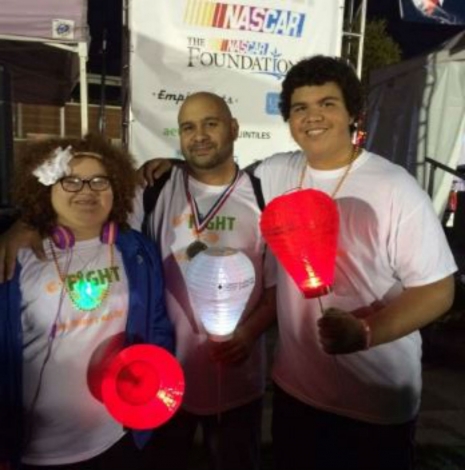