Rewind to 2012, I was 35 years old, married and father of three. I was IBEW electrical lineman for a utility company and climbed poles all day (as seen in this photo). I noticed I had a severe stomach pain on my right side and was extremely fatigued. I went to the doctor for a checkup and got the all ok. We contributed the stomach pain to my climbing belt and the fatigue to working extreme amounts of overtime and being on callouts 24/7.

After a month or so I was dropping weight fast so back to the doctor’s office. First an ultrasound, then a cat scan then the MRI. The radiologist came out after the MRI and asked if I had childhood cancer? I told him no and he responded I should see an oncologist immediately. Apparently my liver had 8 shadows on the MRI so off to get a liver biopsy. A week later on a Friday they called to tell me I had lymphoma cells but not sure if I had “cancer”?

On a Tuesday morning I had a PET scan done. Later that day I was at a local restaurant eating lunch with my coworkers when I got the call. Is this Corey? Yes it is, this is the doctor’s office sorry to inform you but you have cancer. Wow so that’s that. I was in shock and disbelief but deep down I already knew.

That was a long night with my wife and family as we sat around making the best of a bad day. During my six months of R-CHOP I continued to work and be a father and husband. I was constantly fatigued, crabby, tired, but thankful for each day. I had a fantastic support group with friends, family, and neighbors helping out with meals, kids and just general life.

I’m 42 now and monitor my follicular but I beat stage 4-non-Hodgkins lymphoma that summer. Now days I take the good days with the bad days. I’m thankful for each day and look forward to another sunrise. The picture was taken five months after my last treatment during a storm in St. Louis! 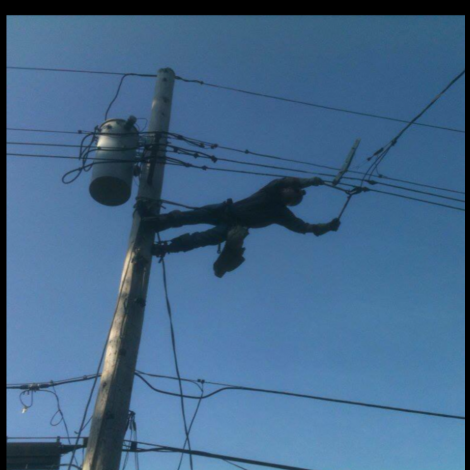