Cary was diagnosed with Acute Lymphoblastic Leukemia in the fall of 2012. After spending more than 100 days in the hospital, undergoing intense chemo treatments, and blood transfusions Cary is now in remission. You can only imagine the struggle and heartache a cancer diagnoses was at only 33 years of age with a wife, 3 small boys, and a career. Cary was able to pull through by the grace of God and with the overwhelming support of his community, family, and friends.

In the spring of 2016, Cary was nominated to run for the Man of the Year through the Leukemia & Lymphoma Society’s Man & Woman of the Year Campaign. With an incredible support system of family and friends, Cary raised over $91,000! He was crowned the 2016 Man of the Year at the Gala on May 21st. The evening held a special meaning to Cary because he found out he was cancer free two days before the Gala! Now, it is Cary’s mission to share his story in hopes to help others facing this awful disease. Thank you Cary for your relentless efforts. You continue to inspire us through your strength. 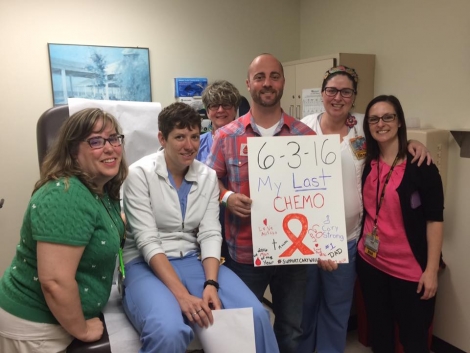