In January 2016, I was diagnosed with stage II Hodgkin lymphoma. I was four months pregnant at the time, and it was decided to carry to term because this type of blood cancer is a slower spreading cancer.

In May 2016, I had a healthy boy and 10 days later began my first of many chemo treatments. The following October I had my last treatment and I was excited to get back to "normal" life.

Then in February 2017, I felt something in my neck and knew it wasn't right. After a PET scan confirmed cancer, I had a biopsy to confirm it was the same type as before. After much thinking about what road to take next, I decided to go ahead with the autologous transplant.

In July, I had my transplant and as of today I am healthy and slowly getting back the energy it takes to wrangle two boys. I am on a maintenance drug for another year but the side effects are almost nonexistent and if it can help keep cancer away, I am all for it. 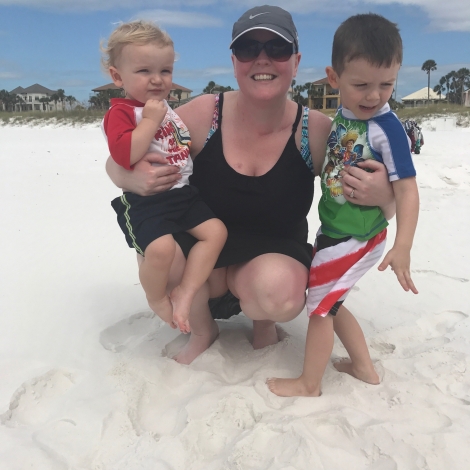