Bryant, age five, was diagnosed with Pre-B Acute Lymphoblastic Leukemia in April 2014. At the time of his diagnosis he was the typical 3-year-old, who loved to say “NO.” As an independent guy, who wants to make all decisions, he didn’t have many choices for the first few months of treatment.

He began his treatment with an intense 8 month protocol. With the many ups and downs chemotherapy brings, he had to also fight a serious kidney infection. After the initial 8 months Bryant moved onto a maintenance program, which began in January of 2015. In maintenance, Bryant takes chemotherapy pills at home daily. Along with the medication at home Bryant receives a spinal tap and IV chemo every three months. This regiment will continue until July 2017.

Fortunately maintenance has allowed him to rejoin his friends at school. While Bryant dreams of being a nurse when he grows up. He loves going to kindergarten, playing soccer, baseball, swimming, and drawing just about anything. And while he regularly goes to physical therapy to help with the side effects of chemo, it doesn’t slow him down from trying.

This journey has been long and hard but, Bryant has never lost his smile, or his spirit. He’s still the same independent little guy, and still fighting everyday. 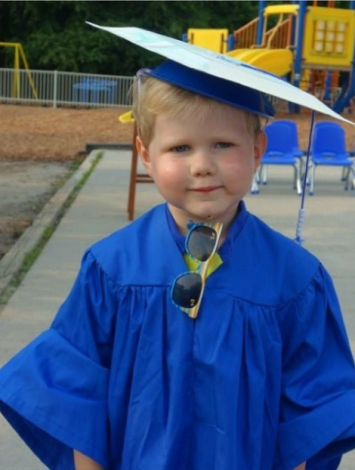