My nephew Brent Terence was a perfectly healthy 17-year-old young man, active in school, up-to-date on his routine check-ups, and had normal labs. But until the end of July 2022, Terence showed signs of extreme fatigue, confusion, loss of memory, hallucination, and an inability to keep his eyes open and walk straight. So his parents, Brenda and Tristan, decided to take him to the ER. Multiple blood tests and X-rays were done, but they couldn’t figure it out. Finally, Terence got a CT scan which revealed a hypothalamic tumor, an abnormal growth in the hypothalamus gland located in the brain. Hypothalamus is your body’s “smart control” coordinating center. Its primary objective is to keep you alive.

He was rushed to the ICU after finding out the result; they did more tests and multiple MRIs. Fast forward to August 2022, he underwent a craniotomy where they took a tiny piece of the tumor for biopsy. The biopsy results concluded the diagnosis was a rare type of diffused large B-cell non-Hodgkin lymphoma (DLBCL).

For those who know Brent Terence, you know he is a person with a heart of gold. For those who don't know Brent Terence, think of the biggest ray of sunshine you can be blessed to have in your life. Terence is graduating this year from Palisades Charter High School and is a loving brother to Bella (13 years old) and Bianca (11 years old). He’s been a great son, brother, nephew, cousin, and friend. He is also a positive role model to his loved ones and a wonderful friend to those he cares for.

He likes spending time playing video games at home. In school, he’s studious and enjoys spending time with friends. He loves drawing, painting, and psychology. He's hardworking and focused on his studies. He’s been a consistent honor student and was on the principal honor roll last school year. His extracurricular activity is MESA elective class mathematics engineering science achievement (working on coding and making Arduino circuit boards for robotics), and his team won in microbit challenge in goIT organization. He plans to attend USC or UCLA after he graduates high school and wants to become a successful psychologist and artist. He just wants to do good on earth.

This year should have been all about prom, graduation, and preparation to go to college. But unfortunately, his life turned upside down. This cancer diagnosis is completely unexpected and devastating. Even to this day, Brent wants to continue taking as many classes as he can. His teachers and counselors are encouraging him to decrease his workload through these trying times, but he declines. His mom tells me that he’s so advanced in his studies, that he technically needs two more classes to graduate high school, but he continues to push to take more. He’s such an amazing and ambitious student!

Just a few fun facts for you about BT: He loves his teachers and counselors; he likes silent films; he prefers DC over Marvel; he enjoys Manga; he loves Thai Tea drink; he likes all genres of music, but one of his favorite songs is Somewhere Only We Know by Keane; his favorite show is Breaking Bad.

Brent has many dreams he wants to pursue as he gets older, but right now, that goal is to make it through this hurdle. And if we can help him conquer this obstacle with lots of prayers and a giving heart, then maybe we, as his loving support group, can help this young man make his dreams come true!

His fight is our fight! 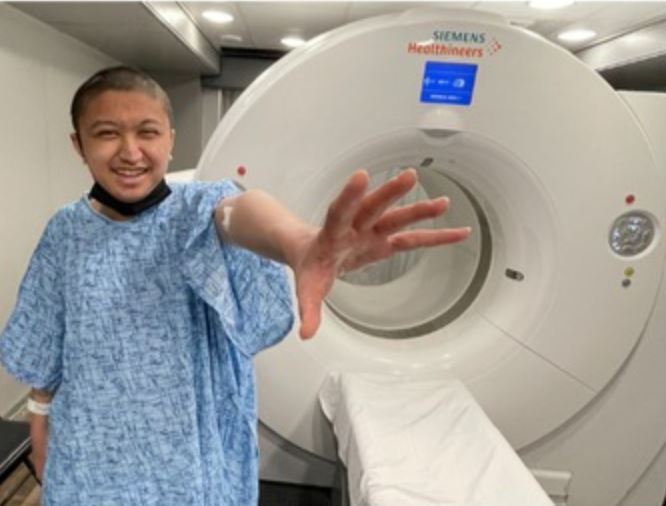