In July 1993 I was blessed with my son, Andre Christopher Jordan. He's my heart, pride and joy. Throughout his young life, Andre's has humbled me with his love, kindness, strength, loyalty and faith. Two years ago, he and his fiancé, Ana were blessed with their son. He was overjoyed with being a new father and had marriage plans in the works. He had just received a promotion at work that he had worked hard for and all was well. Then suddenly, Andre's life suddenly took a tragic turn.

In February, he started having bad headaches and red spots appeared on his skin, so Andre went to urgent care. After a bone marrow biopsy, he was diagnosed with acute myeloid leukemia (AML).

Andre immediately started treatment. After weeks of being in the hospital Andre learned he had a 11q23 chromosome abnormality from the leukemia and needed a bone marrow transplant. While the search went on to find the perfect match for Andre's transplant, he continued to fight high fevers and critical conditions that caused him to go in and out of the hospital. 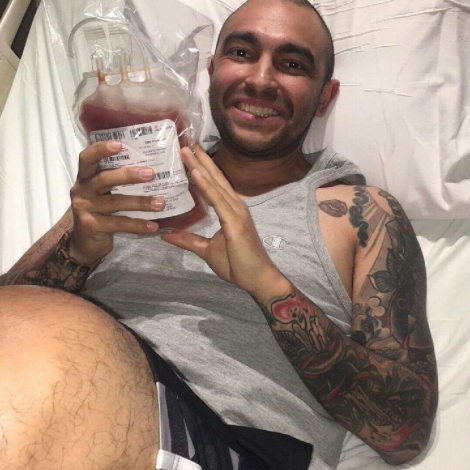