This is a love story about two Team In Training honorees, Alison and Keith. Keith has been a recreational runner for many years and first learned of Team In Training (TNT) as a fundraising sponsor for a friend. Upon his diagnosis of follicular lymphoma in 2008, Keith says he knew right away that direct involvement with TNT was an obvious step; he became an honoree for the South Bay and Peninsula run teams during his initial chemotherapy treatments, and ran with the teams every few weeks in that first “honoree season.”

Alison Ball began dating Keith in 2014 and quickly learned of his non-Hodgkin’s lymphoma (NHL). She didn't have any experience being in a relationship with someone who had cancer, and she admits to having initial concerns about committing to a new relationship with someone who might die. Alison explains that her reaction reflected her ignorance about the current state of cancer treatments and the advances that have been made. Fortunately for Keith, Alison moved past these first concerns.

Ironically, five months after they first met, Alison was diagnosed with stage 2B breast cancer. Keith was Alison’s steady companion through her surgery, chemo and radiation. Even taking on barber duties for Alison, shaving her head so she wouldn't have to endure the loss of her long hair in distressing clumps. After Alison finished her cancer treatments, Alison and Keith registered with the Team for the Rock ‘n’ Roll Seattle Marathon & Half Marathon, and they fundraised together for The Leukemia & Lymphoma Society (LLS).

Keith was already heavily involved in Team In Training – he’s fundraised and trained for many marathons and half marathons, and he’s been an honoree of many teams in all sport. Keith is currently an honoree for Hike Zion, and Alison and Keith are completing Hike Zion together later this month. TNT and LLS are fixtures in the lives of Keith and Alison – they explain they are able to keep fit, raise funds so that cancer research can be furthered, and meet so many caring and amazing people in the LLS “family.” They say, “doing an event is a challenge, but surviving cancer is a bigger challenge, and we've both done that already - so bring it on!!”

Alison’s favorite TNT memory was when she walk/ran the half marathon in Nashville in April 2017 - it was 92 degrees and 86% humidity, but she says the training she got from TNT coaches, plus the support along the way from the people of Nashville, got everyone across the finish line. Keith’s first TNT celebration dinner was at the 2008 Nike Women's Marathon, and he remembers the hundreds of TNT coaches, captains and mentors making a cacophony of joyous noise as he descended down the long Moscone Center escalator. He says, “I could not hold back my tears, feeling their support and compassion. What a powerful moment in my life.” Alison and Keith want to thank their many generous fundraising supporters and the dedicated TNT volunteers -everyone! 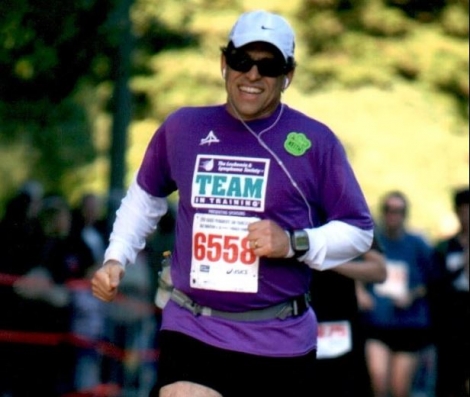