In 2015, our identical twin daughters, Kenedi and Kendal, were diagnosed with acute myeloid leukemia at three months old. After a brutal six months of living in isolation with them in one room at the hospital, the twins were released off treatment and in remission. We enjoyed 12 months of at home as a family of five, we were devastated to learn Kendal relapsed. She underwent two more rounds of intense chemo as well as a bone marrow transplant that ultimately failed, Kendal died in our arms in September 2017. One week later, Kenedi celebrated two years in remission. Since 2015, our family has been involved with the LLS in all ways we possibly can be, from Team in Training, to Pennies for Patients, to Big Climb, to Woman of the Year, to Girls of the Year, to now me even working for the organization. We have made it our lives goal to help find a cure for blood cancers. We will continue to do everything in our power to take down the beast that stole our sweet Kendal from us and continues to threaten Kenedi each day. 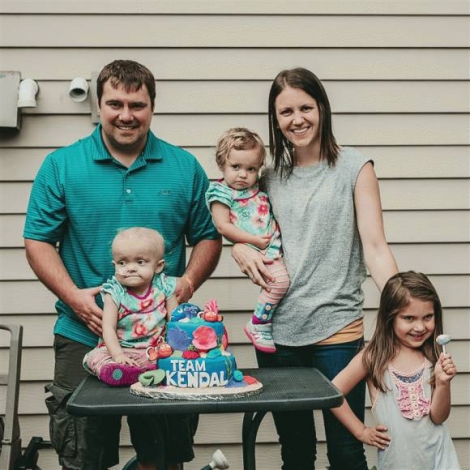