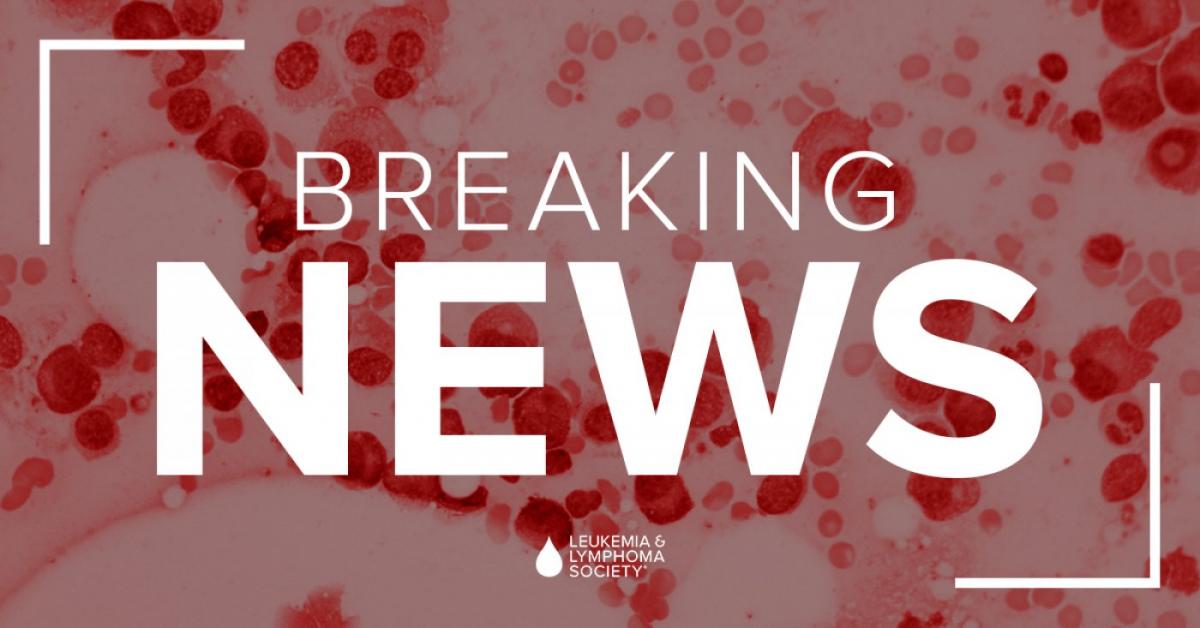 LLS takes special pride in FDA approvals for CAR T therapies. Our initial investment in CAR T in the 1990’s, when CAR T, and indeed immunotherapy to treat cancer was in its infancy, has turned into a game-changing therapeutic giving new hope to patients with limited treatment options and often very poor prognoses. Through LLS academic grants and our Therapy Acceleration Program® (TAP) investment in biotechnology companies of over $50M in the past 30 years, LLS has been instrumental in bringing four CAR T-therapies to patients: axicabtagene ciloleucel (Yescarta®), tisagenlecleucel (Kymriah®), brexucabtagene autoleucel (Tecartus™) and liso-cel (Breyanzi®).

CD19-directed CAR T therapy is now approved to treat a range of B-cell malignancies including childhood B cell acute lymphoblastic leukemia and adult large B cell lymphoma, primary mediastinal large B cell lymphoma, mantle cell lymphoma and follicular lymphoma. These therapies have provided significant complete response rates that can last for years. The therapy may actually eradicate the disease yielding cures; the duration of the effect is still being evaluated as some patients have been cancer-free for nearly a decade.

Ide-cel works by targeting a protein called BCMA that plays a key role in multiple myeloma. The FDA approval was based on results from the phase 2 KarMMa study, which treated 127 patients with advanced forms of multiple myeloma. While multiple myeloma care and outcomes have improved, the disease remains incurable and patients like the ones in the KarMMa study, whose cancer has progressed despite treatment with at least three previous therapies, face poor survival rates.

The majority (72%) of patients in the trial partially or completely responded to ide-cel treatment, with 28% having a complete response—disappearance of all signs of multiple myeloma. Among those with a complete response, 65% remained in complete response for at least 12 months. The known side-effects for CAR T therapy were reported for ide-cel with marked cytokine release syndrome (CRS) and CAR T cell-associated neurotoxicity, occurring in 85% and 28% of patients, respectively, both of which were usually transient.

Multiple myeloma is most common among older patients who also face the worst prognosis and often have limited treatment option. Ide-cel was similarly effective in patients 65 and older, and even in those 70 and older, as it was in the overall study group. Perhaps most importantly, patients treated with ide-cel had improved quality of life. They reported meaningful improvements in most symptoms and their ability to perform day-to-day functions.

Multiple myeloma is a cancer derived from a specialized type of white blood cell called a plasma cells. Such malignant cells proliferate uncontrollably leading to impairment of normal blood cell function, and in advanced cases leads to kidney impairment and bone destruction. While the disease is considered incurable, and the relative five-year survival rate for patients diagnosed with multiple myeloma in the US is approximately 50%, the addition of multiple new FDA-approved therapies to treat the disease are likely to increase overall survival rates in the future.

In 2021, there were 34,920 new cases of multiple myeloma associated with 12,410 deaths in the US. This accounts for approximately 20% of all new cases and deaths from blood cancers in the US. Myeloma is the second most common blood cancer in the U.S. and the most prevalent among African Americans. It is also the hematologic malignancy with the greatest racial disparity in incidence and prevalence; Blacks are not only at twice the risk of developing this rare and incurable cancer when compared to white Americans and other ethnic groups, they are also more likely to be diagnosed at a younger age.

In response to these inequalities, LLS launched a national outreach program in 2017 called “Myeloma Link” to educate African Americans about myeloma, and to help patients access optimal care, and navigate the treatment landscape more effectively.

While today’s approval is a step forward, we believe blood cancer is curable and we pledge to be unstoppable in our quest. We have 22 currently active grants focused on multiple myeloma supporting world-class researchers studying a range of novel treatment options.

We also support the power of partnerships. LLS Specialized Center of Research (SCOR) grants are designed to bring together established investigators to foster new interactions and cooperation to speed development of innovative strategies and approaches to blood cancers. In January 2020, LLS activated two SCOR grants investigating the use of CAR-T in multiple myeloma, to Carl June M.D., at the University of Pennsylvania and Madhav Dhodapkar MBBS, at Emory University in Atlanta, investing a combined $7.5M into their promising research.

LLS has also been at the forefront of CAR-T research and that is where we remain. Our current focus is on research to make CAR-T available for more types of cancer, by expanding the proteins targeted, and to make it less costly and quicker to administer. To speed the process and lower costs, LLS-funded researchers are working on “off the shelf” CAR T-therapies that use donor T cells instead of having to harvest and re-engineer each individual patient’s T-cells before reinfusing them.

We are also supporting research into immunotherapies using other parts of the immune system—beyond T cells—to express the Chimeric Antigen Receptor that gives CAR its name. Researchers are finding new ways to add the CAR receptor, which helps immune cells find and kill cancer cells that use natural killer (NK) cells or macrophages. These cells may provide longer lasting anti-tumor activity than traditional CAR-Ts and may also be useful for treating diseases beyond cancer.

We often connect one name to major scientific discoveries. Alexander Graham Bell and the telephone or Thomas Edison and the light bulb, among many others. But the reality is that medical breakthroughs are almost always based on years of research, collaboration, information sharing, and stepwise clinical trials that test the safety and efficacy of novel and re-purposed treatments over years. LLS has been committed to this process for more than 70 years, but today we’re also finding ways to speed it up, and the pace of new immunotherapies is proof of our—and the entire field’s—success.