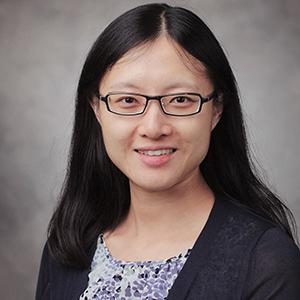 Lacking continuous insurance is a key barrier to access to timely care. This study will provide the first evidence of whether insurance continuity provides a survival benefit, and how Medicaid expansion under the Affordable Care Act affects insurance continuity and the associated downstream changes in survival for children, adolescents, and young adults with blood cancers. This study will inform policy interventions toward increasing access and reducing disparities in blood cancer outcomes.

Evidence has shown disparities in survival between uninsured versus insured children, adolescents, and young adults (AYAs) with cancer. The impact of the stability of insurance coverage on survival of pediatric and AYA patients with a blood cancer remains unknown. Medicaid is the largest insurance program for low-income Americans including cancer patients and survivors; however, Medicaid enrollees lack stable coverage when they experience gaps in enrollment and become uninsured (vs. continuous enrollment). Many uninsured patients do not join Medicaid until the point of, or after, a cancer diagnosis. Among adult-onset cancers, continuous enrollment is associated with less advanced stage at diagnosis and lower mortality rates. However, little is known about the patterns and the impact of insurance continuity on survival of children and AYAs newly diagnosed with a blood cancer (leukemia, lymphoma). The Affordable Care Act (ACA) provides an option for states to expand Medicaid eligibility to low-income adults, which may increase enrollment in Medicaid and result in improved continuity of coverage among young adults, as well as among children and adolescents via extending coverage to their adult parents. While most states expanded in 2014, several states expanded Medicaid during 2010-2011 (i.e., early ACA Medicaid expansion). To date, no studies have examined the impact of Medicaid expansion on the continuity of insurance coverage and the associated downstream changes in survival among children and AYAs diagnosed with blood cancers.