When ten-year-old, Storm Owens was diagnosed with Hodgkin’s lymphoma, he was just finishing his spring season with his hockey team. Despite the effects of chemotherapy, he continued on-ice training with his coach and remained confident that he would beat this. He was determined to get back in the net by the fall season.

In early October, Storm's scan results were negative and his port was removed. On October 18, 2016, he was cleared to return to the ice and had just two practices before his first game on October 22, 2016.

Storm entered the ice for his first post-chemo game to a standing ovation. He led his team to their first win of the season. One week later, he volunteered to play for two other teams from a different rink that lacked goalies. As if playing for three teams wasn’t enough, he also returned as a second-year junior coach for a special needs hockey team where he helps teach younger children to ice skate and the fundamentals of the sport.

Less than 90 days since the end of chemo, Storm has stood out as a role model for other young hockey players in his community. His courage, leadership, and determination in the face of adversity proves that it will take a lot more than lymphoma to keep this little hero down. 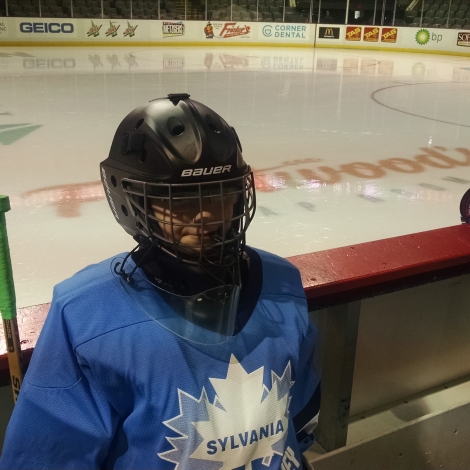