I am 39 years old. At the age of 34 after having been very sick and misdiagnosed for over a year I was diagnosed at the Cleveland Clinic in May 2016 with Hodgkin's lymphoma.

At the point that I was diagnosed, it had advanced to stage 4B, which is the last stage of the disease. I have always had faith and relied on god but I can tell you I drew closer to him and relied on him in way I never had before when these disease came about.

It was a long journey for me to get through this disease. By the time I was diagnosed I had lost the ability to walk independently and had difficulty doing tasks such as cutting my fingernails. I had to go through physical therapy and learn how to walk again.

Now I don't just walk but I completed a half marathon last year and I am training for my next one which will be in the fall. I also went through occupational therapy to be able to do basic tasks again. I went through 13 rounds of chemotherapy and I have been in remission since October 2016.

My doctor calls me his miracle girl to have overcome all that I did with this horrific disease. I have written a book about my journey called She Believed She Could So She Did. It is a memoir that was released earlier this year. 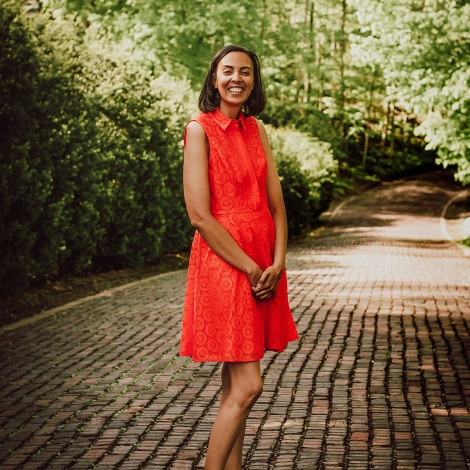